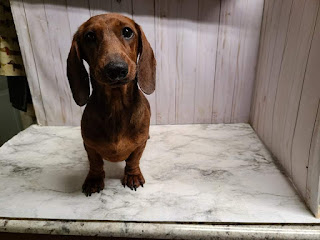 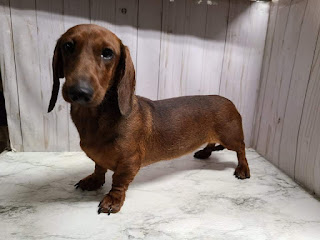 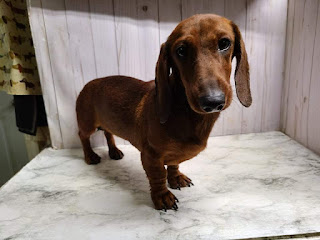 The breeder photos that made us fall in love!
We lost Rufus in January of 2020, and ever since then we've been idly talking occasionally about adding another dachshund to the herd. Most of our dogs are pretty close together in age, and after Cici (the youngest) had so many issues this year, we were worried about losing all our oldies close together without them having a chance to train up a younger one.
If we had timed things better, we could have gotten a puppy while I was WFH during the pandemic, but of course we didn't, alas. The two breeders we got our original fearsome foursome are both out of the dog breeding business, but I reached out to one of them to have her let me know if she came across any females that were not working out in a program for whatever reason, to give me a shout. We weren't in any particular hurry, just casually keeping an eye out for the right dog. We love Cici but it's unlikely that situation will ever happen again -- DH was at a total stranger's house with a mutual friend, complimented her because we had so many dachshunds and clearly love them, and they just GAVE her to him 😳
But the universe works in mysterious ways and just like that....we had a lead! In less than a week, the breeder we got Hayden and Indy from (the two remaining from our original four) told me a friend had a red smooth female that ended up a little too leggy for her breeding program. I swapped some messages with this breeder and before I knew it, we had an appointment set up to see "Ginny" last Sunday, our 12th wedding anniversary :) she was a bit younger than I'd hoped for (only 10 months old), and raised in a kennel, so not housebroken, but she ticked all the rest of the boxes and DH had fallen in love with the photos the breeder sent, so off we went!
We spent all of two minutes with her before DH was hopelessly smitten (not that we didn't see that coming, he had already bought a collar and leash and toys before we even went 🤣), so clearly she came home with us! We didn't love her name, so lively discussion ensued... After a lot of arguing (he wanted MAPLE, and I was angling for something literary like Sansa or Ansel), we compromised on Penny. It's not original, by any means, but it fits her! She is a child genius who pretty much immediately figured out the stairs for our couch, and is probably 80%+ potty trained in less than a week. She was great on the 3-hour drive home, immediately fit in with our pack, is obsessed with toys and playing with Cici (who vacillates between love and hate about her lol). She's been pretty good about crate training, and I'm working on doing a better job introducing her to the barn so maybe she can be my horse show dog :) 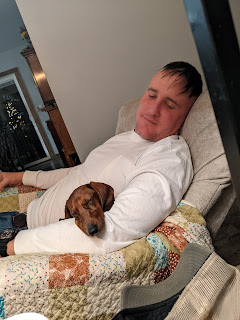 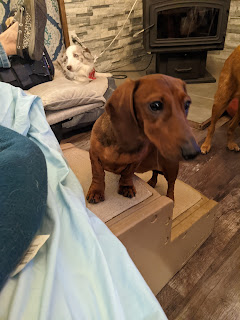 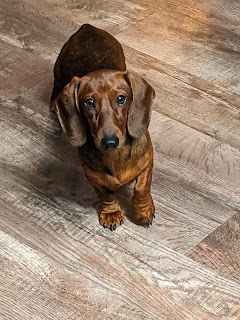 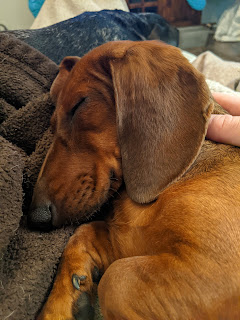 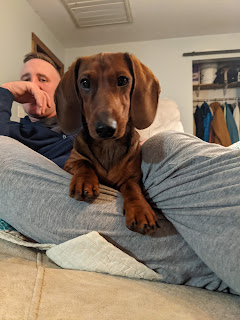 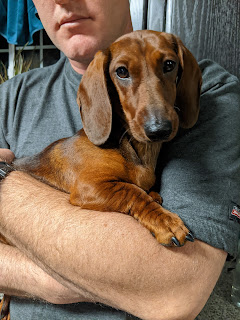 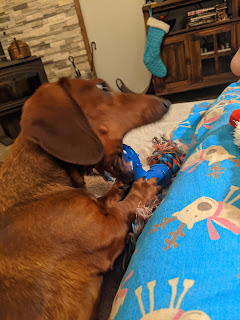 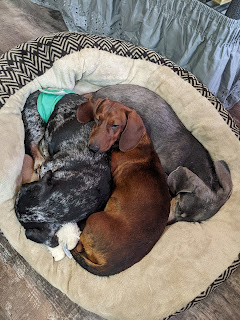 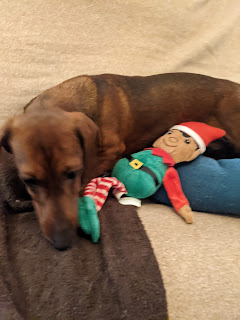 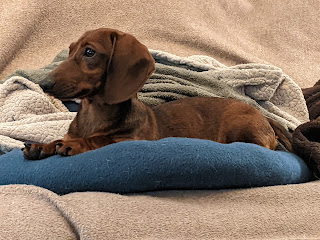 She's off to the vet today for booster vaccinations and to schedule a spay, but I hope you'll be seeing plenty of her on the blog in the future!
TrainwreckInTeal at 5:02 AM
Share