Having been inspired by some of the completely epic and over-the-top birthday shoots I've seen for blogger horses in the past year, I decided to play dress-up with Cinna. So on my lunch break yesterday I ran to the dollar store to get some... errrrr.... supplies. The pickings were pretty slim, but I did find a birthday girl pin, a happy birthday banner, and some party hats. I did debate over spray-in hair color for a bit, but Cinna kind of has a thing about aerosol cans and I didn't really want to have to wash it out later (also, it didn't come in teal, so, not super enthused).
Armed with my decorations, I went out and caught her after I got home from work. She'd already been ridden in the morning (I'll write about that tomorrow hopefully), so she was a little wary about what the crazy lady bearing the camera and the plastic bag wanted.
She was totally fine for the banner strung around her neck, but we had a bit of a battle royale about the party hat. I eventually ripped out the elastic and replace it with baling twine, giving me a little more control over how tight it was on her face. That also meant I didn't have to wrestle it up over her nose like a narwhal, so it helped. Sorry Cinna, you're an ammy's horse, you gotta put up with weird shit. 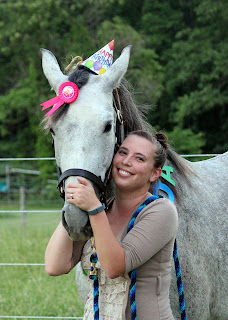 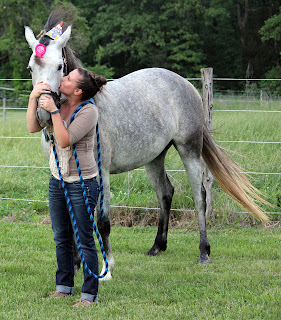 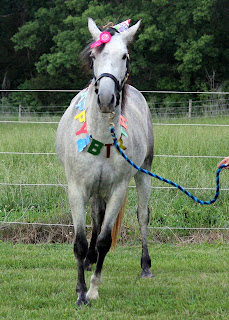 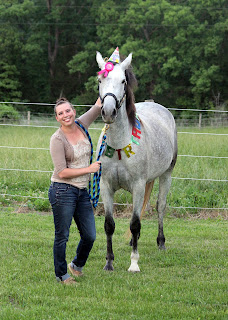 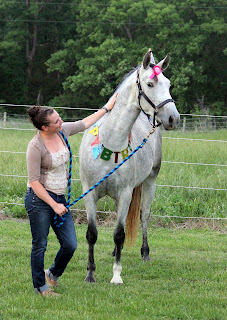 We did also manage a few more pleasant shots, thankfully. 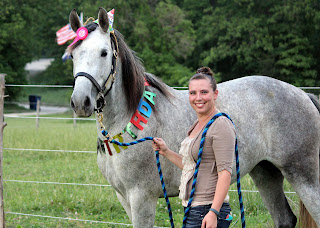 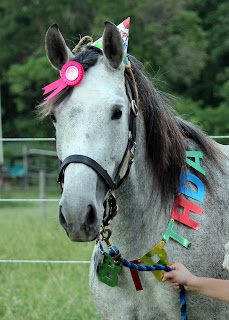 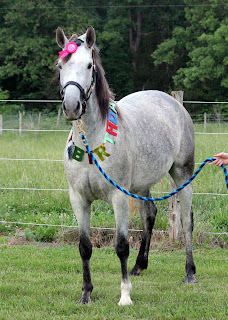 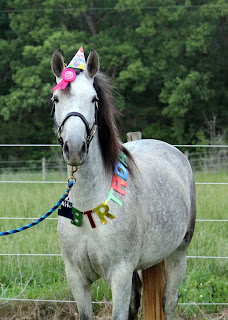 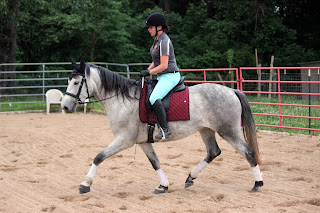 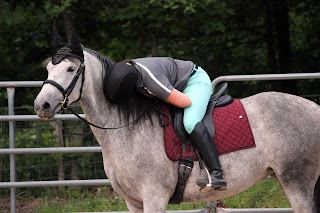 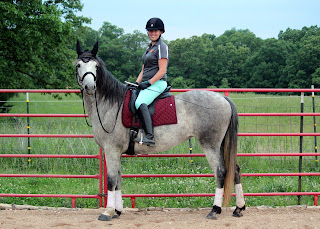