Friday
I’m not gonna lie, Friday morning was a wee bit rough…. A brief stop for some snacks and caffeine was in order, then we headed to the horse park. We planned to buy dressage tickets on site that day, and lucked into some good seats super cheap being sold by an individual on our way in – score! We made a few stops by various booths for freebies (one of my personal favorites from the trip, a teal hat from Bliss of London), and then settled in to watch some fancy prancing.
It was neat to watch the test and evaluate the rides from both an eventing perspective and a straight dressage perspective. In particular, one element of the test called for a stretchy canter circle, which I thought was super interesting! There were some absolutely stunning horses to watch, including eventual Rolex winner Michael Jung and his standout mare fischerRocana FST. Their test was effortless and lovely, although not quite enough to net them top score in dressage.

Over the lunch break we shopped some more, then dragged all our purchase back to the stadium to watch the afternoon rides. We had signed up for a course walk directly after stadium, and it occurred to us belatedly that we probably didn’t want to be dragging all our purchases around the 4 mile cross country course, so Karen and I headed back to the car to drop them off while the last few horses showed, then met Aimee back in front of the stadium. On our way back over, Allison and Arthur were leaving their retirement ride, and we stopped at one of the gates to watch them ride by -- inadvertently bumping into Boyd Martin (in the literal sense of the word). Not being up on my eventers, I didn't recognize him, and thankfully Karen didn't tell me who he was until later.... oops!

We initially planned to do the SmartPak course walk with Boyd, but then switched to the Kent Feed course walk with Jimmy Wofford so we could hang out with Renate and her friends (who we unceremoniously adopted as our favorite Canadian contingent). By this time the temps had risen and we were basically baking in the heat – the course walk ended up being a bit of a let down as it was too hot for Jimmy (or the rest of us really) to do a lot of walking, so he was mostly just talking over a loudspeaker (which was not always the easiest to hear/understand). By this point we were all a bit fried, so we ended up ducking out and walking around the course a little on our own before heading out for the night.
After a stop at the barn to see Hampton, we went back to our favorite bar on the river, and had a nice Kentucky gentleman pay for our first round of drinks ;) we ended up chatting with a ton of locals, including a former NFL football player who played for the KC Chiefs (our only remaining Missouri football team, since the Lambs jumped ship). We didn’t stay out too late, because we wanted to be well-rested for Saturday’s cross country shenanigans!

Saturday
Overnight Saturday, a huge storm rolled into Louisville – the downpour and thunder woke Aimee and me up in the middle of the night, and things hadn’t improved that much by morning. Driving out to the barn we passed a ton of downed limbs – we found out later an EF1 tornado had rolled through the area…. Yikes! We dressed for the weather forecast in Lexington (hot and humid with basically no chance of rain), so we ended up rather bedraggled and sopping wet in our shorts and tank tops. The raincoat I borrowed from my mom for the trip was more water-resistant than waterproof, and the water ended up soaking through it. Luckily the drive to Lexington gave us time to dry out, and the coffee we stopped for helped warm us up (even if I inadvertently attempted to get some of my caffeine via osmosis and ended up wearing some of it, lol). The weather put us a bit behind schedule, and Saturday the horse park was PACKED – we parked wayyyyyyy out in the back, and had a bit of a trek to hit the closest jumps to us – the Hollow. 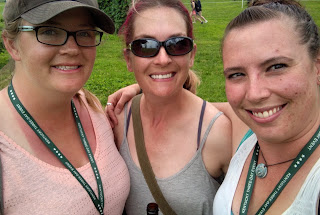 We sat there for a while and watched a few competitors, then started moving around the course, watching a few riders at each jump we found. Along the way we met up with our favorite Canadians, picked up a few other bloggers (including Jen and her dog <3), petted lots of other dogs, took shots of bourbon, accrued more freebies, ate snacks, and generally just had a damn good time. There was initially a blogger meet-up planned for Saturday morning at Dubarry’s, but by the time Aimee, Karen and I made it on the grounds, we were more interested in watching cross country go. We did manage to pick up a good group of folks hanging out in the shade by the head of the lake after the last horse had completed the course. Obviously we needed the touristy shots so we waited until we could wade into the lake and take photos! We made one more pass through the vendors (where I got sidetracked by some bits and the clearance bins at Perri’s), before finally calling it quits.


A few of us headed up to the quaint town of Midway where we stuffed ourselves at an excellent restaurant called the Grey Goose (also downing approximately 1232343 gallons of water along the way). You know you’re in Kentucky when all the restaurants have racehorse memorabilia decorating the walls and the track on the TV!
After a delicious dinner, I was really craving some dessert, so I suggested we find an ice cream joint. We walked up and down the downtown of Midway hoping the old fashioned soda fountain would be open, but no luck. Instead we stumbled into a place called Darlin Jean’s Apple Cobbler Café for one of the trip highlights (for me anyway) – our table ordered one of basically every dessert they offered, from a salted caramel brownie to fresh baked apple cobbler to my personal choice, a slice of Kentucky silk pie. I really can’t express how delicious the stop was, both with the desserts and all the camaraderie and conversation. Although at one point someone made me laugh while I was taking a drink and I inhaled water and almost choked to death at the table… that could have put a damper on things! Haha. 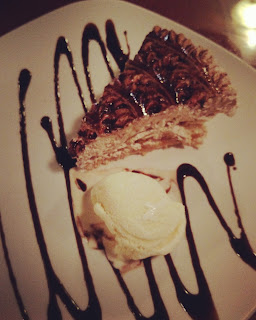 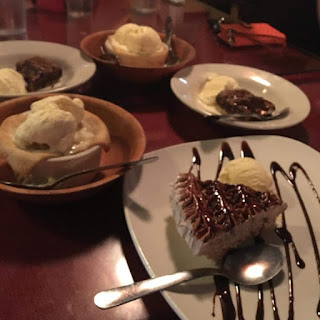 Finally it was time to head back to Louisville for the last time (for me anyway, Karen and Aimee still had 2 more days of fun without me!). I sorted through all my purchases and attempted to get a head start on packing so I could hit the road early Sunday AM. 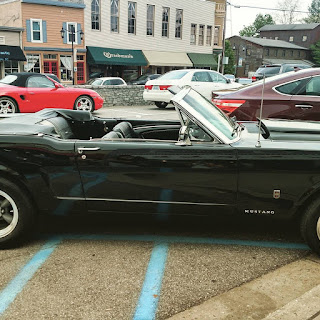 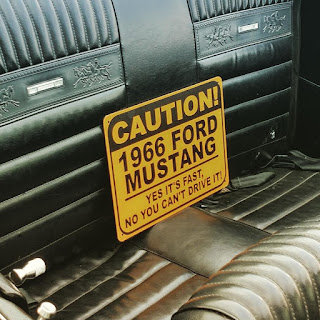 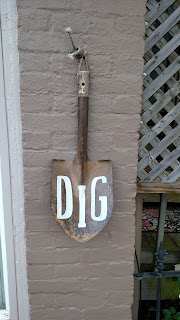 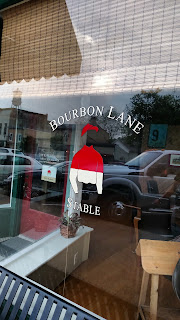 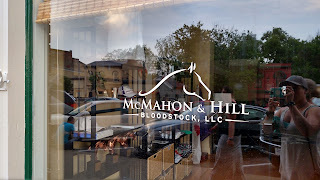 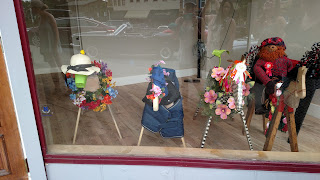 Sunday
While everyone else was enjoying stadium, I was making my drive back to Missouri. My Rolex trip was fairly spontaneous, so stadium seats were sold out when I bought my passes, and I didn’t want to buy off a scalper and not be able to sit with people I knew. It worked out better that way because then I could go home early enough to spend some time with DH, who was so fabulous about holding down the fort and sending me photo updates of the critters. It was a miserable, long, rainy drive with lots of flash flood warnings and flooded areas along the roads, but I finally made it home in plenty of time to curl up on the couch for dachshund snuggles with my favorite new Plaid Horse sweatshirt. 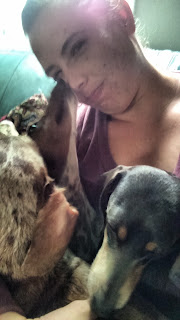 And thus ends the saga of my time at RK3DE, #thebestweekendallyear. They weren’t wrong – it was definitely the best time I’ve had in ages.

Oh, you want to know about what I bought? I'll save that for another post......
Posted by TrainwreckInTeal at 5:30 AM