Last week was... obviously not a solid blogging week for me haha. Wednesday night I popped down to the barn to work Ruby, but a miscommunication with my farrier had me rushing back home. On the plus side, the boys got their feet done, so they're ready to hit the trails again, if it ever cools off to a temp less than "Hell on Earth". Ruby took advantage of some mud to liberally coat her entire body (including her face), that definitely sapped my desire to get anything done -- brushing mud off a horse when it's this sticky out basically becomes the equivalent of going out and rolling in it yourself. 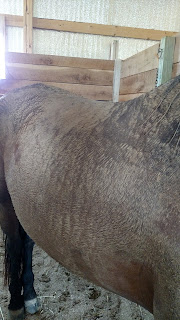 Thursday I had really good intentions to ride (I even put on breeches), but then I walked outside into the sauna and said "fuck this noise", so we just lunged. Footing was delivered last week for the indoor, and Ruby really had fun working in a much bigger indoor space than the old barn had! Then I spent some time hosing her off and removing some of the really nice mud dreadlocks she was sporting from the previous pics -- thanks girl. Friday a bunch of the boarders met up at the local Mexican place to celebrate the new facility with tequila (because that is ALWAYS a solid plan!).


Saturday morning I was determined to not be such a lazy bum, so I climbed on my bike and headed up to the barn. You know how people say "it's just like riding a bike" when they say something is easy to remember how to do? Lies. I feel like with the amount of riding I do (especially on green horses), I would be coordinated enough to manage the bike, but that was patently false. As long as I was on it and moving I did okay, but getting on and off was dicey, haha. At any rate, I made the trek out to the barn and back with no issues, and enjoyed some snuggling with Ruby in between. I'm not sure I could handle biking to the barn, riding, then biking back (yet!), so I think the plan for the near future will be to bike up there on days I plan to lunge or just groom, and then work my way up. I definitely need to get a slightly more comfortable seat for it -- even just the two miles had me a little sore in places I really don't want to be sore... lol. 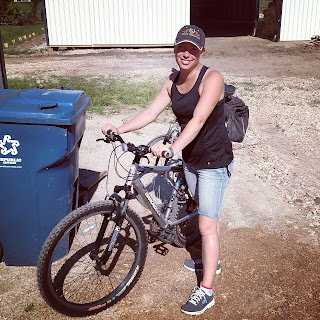 Saturday afternoon we took the boat out with some of DH's friends from work and had an absolute blast -- we anchored up at a sand bar in the river and just sat in the cool water, snacking and drinking and hanging out. The new boat performed admirably (although the others were in a MUCH bigger boat and had to make allowances for us in terms of speed, haha). We installed a small bluetooth radio, and are waiting for a canopy top to come in. I'm going to have to buy stock in sunscreen -- even after reapplying it 3 or 4 times, I still managed to get lightly burned. Thankfully it's almost all faded already, which is nice. 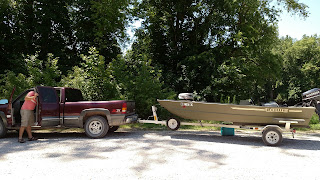 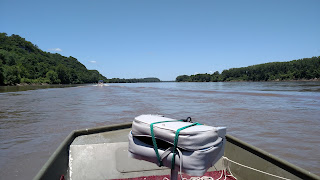 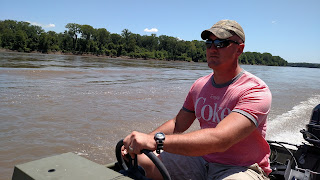 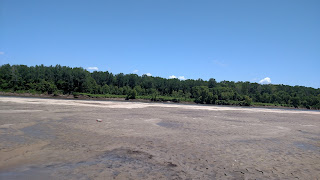 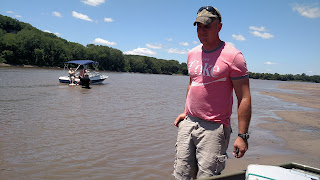 Sunday morning I had a photoshoot with a local acquaintance and her horses. I'm pretty pleased with the way they turned out, and I hope she is too! We spent a few hours in the blazing heat, which sapped me of any desire to do anything else for the rest of the day (other than edit photos and binge watch Dr. Who). I did bike up to the barn again last night, but the horses were already turned out for the night (and I didn't really have any goals other than just more exercise lol), so I just cooled off and then came home again. I can't really feel guilty about ignoring the horses when it's this miserably hot, because most of the time they're sweating just standing in their stalls. And we have no immediate goals or plans that I am working towards, so they can bum around and we'll pick up when the weather is nicer. Last week my work hours were a little wonky, but this week I'm back on summer hours, so hopefully I can get up early and get some work done before the blazing heat!
Posted by TrainwreckInTeal at 6:00 AM