Sunday was another day chock full of chores and boring farm stuff before I snuck in a ride. The big project was replacing the (rusted out) cab corners on my trusty trailer-hauling diesel truck Brienne (yes I name my vehicles). Last summer/fall when we were deep into the money pit that was truck repairs, we decided the cab corners made the list. They had passed “unsightly” and were on their way to becoming an actual structural problem. I hit up my trusty auto parts website, and after a lot of googling and price matching and discussion with my dad (who owns an auto body repair shop), we picked out some corners we thought would fit, bought ‘em, and had them shipped directly to my dad to paint to match the truck (perks!).
He delivered them to me around Christmas, but it was too cold to mess with trying to get them on the truck until this weekend (also maybe we just put the box in the spare room and stacked stuff on it and kind of forgot for a while?). DH was on a roll this weekend and said “hey, lets throw these on before we eat lunch!” Famous last words. I'm not going to detail the HOURS that it took us (or the swearing, or the throwing of items) to get the damn things on, and after all that work they still don’t look great. My dad’s comment was that they’re a “10 foot job”, aka it only has to look decent from 10 feet away… Ours might be closer to a 20 foot job. Oh well. They’ll do the job they were intended to do (keep the corners of the truck cab from being completely open to the elements), and the truck definitely looks better from a distance. So maybe just don’t get too close, or squint your eyes up a little ;) 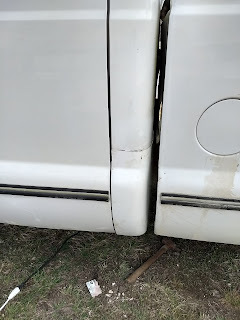 Finally I was able to duck out of boring stuff and grab Ruby for the fun stuff – RIDING! Along the same lines as yesterday’s post, it’s now been so long since the ride that I can only remember bits and pieces (note to self, writing within 24 hours of the ride is infinitely more effective). I do remember that Ruby was very, very forward. Half halts were my friend! Upward transitions were easy, downwards, less so. Sometimes I had to ask more than once – she had a ton of energy! She didn’t seem to get as tired this ride, although I kept the cantering to a minimum. I felt like she struggled a bit in the right lead canter, but I was pleasantly surprised that a few of the pics turned out, so clearly there were some okay moments. 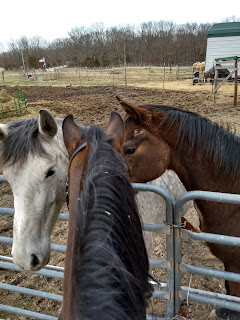 Sitting here pondering it makes me feel like sometimes riding is a 10 foot job – up close and personal on the back of the horse, I feel like we look like shit. But then sometimes, with a different perspective (10+ feet away), I can see that there are definitely good moments. Yes, there are bad ones too, but the good ones exist. It’s just a matter of smoothing out the consistency and stringing those good ones together for longer and longer periods. 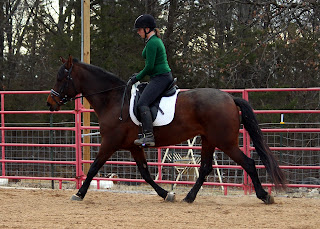 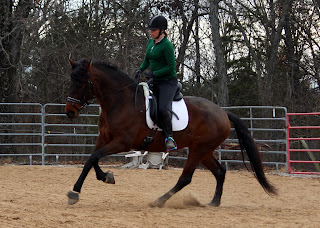 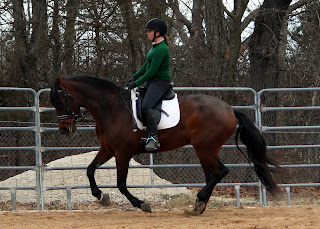 Since I really can’t remember details, I’ll mostly leave you with photos! 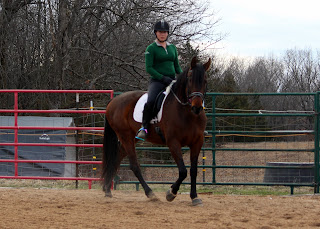 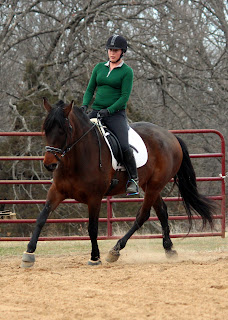 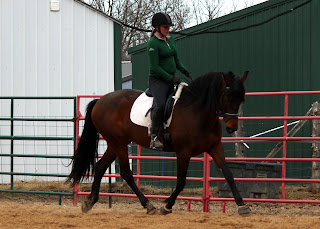 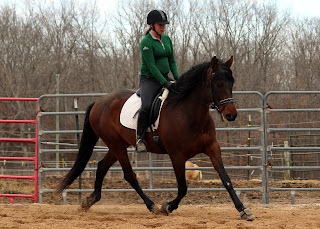 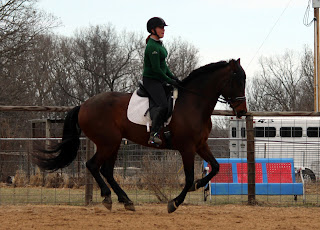 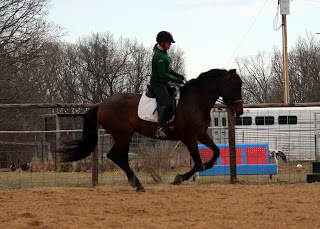 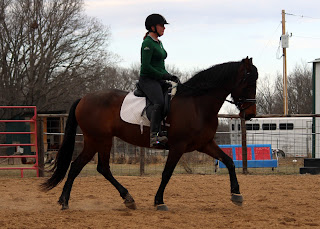 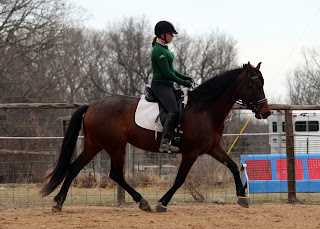 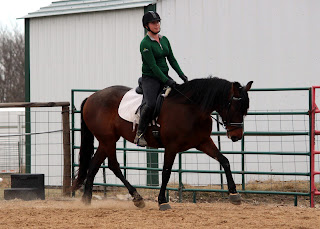 After the ride we still had plenty of daylight and warm weather so I sweet-talked DH into tacking Trigger up and accompanying us on a baby trail ride. I figured riding the whole trail with a buddy would be the next logical step for helping Ruby regain her confidence on our trail. She got a little sassy about wanting to be in front and go fast, so I tucked her neatly in behind Trigger’s (ample) butt and she had to cool her jets a bit. Finally she settled in and ambled along on a loose rein for a pleasant walk. 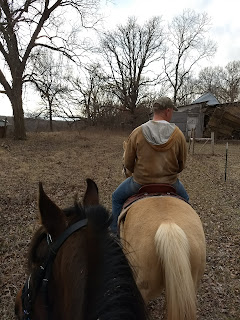 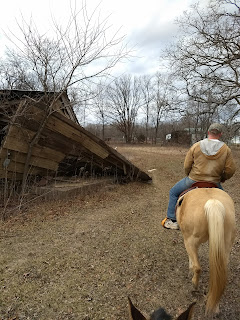 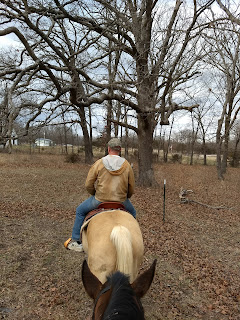 All in all, it was a really productive weekend with the girls, and I’m glad I got to spend lots of quality time with them both riding and on the ground. 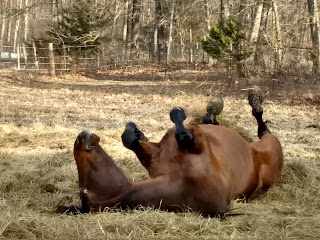 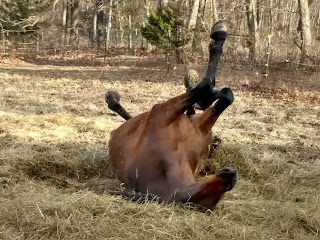 Especially because the weather got shitty again Monday and hasn’t really improved a ton (although I did manage to lunge Ruby last night, and she was super. I really wish DH had been around to video, because for whatever reason she was LIT UP about the trot and her suspension was insane at several points. If only I had a Pixio or Soloshot……. ;) my phone got angry about the actual lunging photos I took, so enjoy these instead. 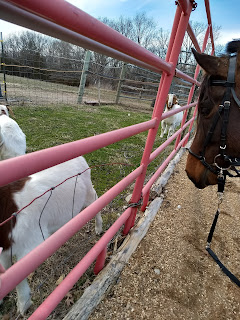 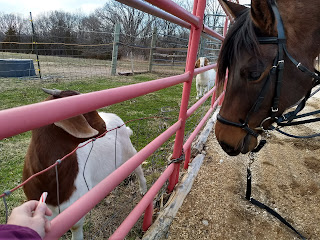 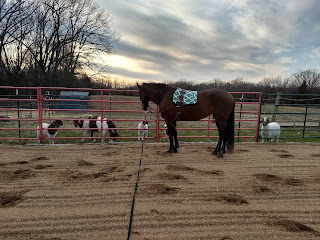 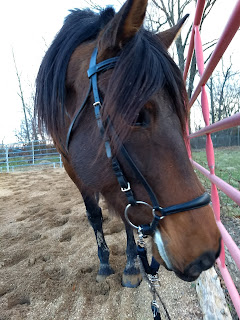 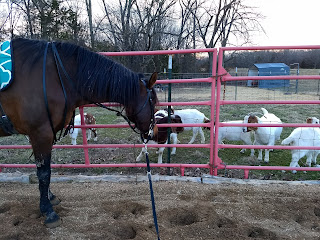 She made friends with the goats, which cracks me up. We won’t be getting as lucky with the weather this weekend, but hopefully I can still sneak in some much-needed horse time!
Posted by TrainwreckInTeal at 8:30 AM