Well I originally had like 2/3 of a post typed up yesterday morning, and then Blogger glitched out and ate it, and I was too annoyed to try again. But today is a new day, so let's go over a quick recap of this week!
Monday and Tuesday morning were reasonably nice weather-wise, and I was able to fit in rides on both girls. For Cinna's ride on Monday, I was particularly motivated, and I busted my butt to get through chores quickly. My plan was to set up the Pixio and get some updated footage of how she's going in the new bit. Of course, like most of my plans, things didn't quite work out. The Pixio was feeling uncooperative, and after fighting with it for 20 minutes I threw my hands up in defeat and grumpily got on my horse. News flash -- grumpy and annoyed is not a frame of mind I can be in when I get on my baby horse and have a productive ride.
I had to let her walk on a loose rein for a few laps while I focused on readjusting my attitude, and then we went on to have a nice ride. She was much freer in the base of her neck than she had been for the last few rides, so we got right into the day's work of bending and working on lots of random figures (which keeps her from anticipating what we're doing). We had a handful of regressions in steering from time to time, and my stirrup clipped the gate once (spooking her away from the very loud noise), but it was a good ride. Just gotta keep putting in those wet saddle blankets to turn her into a productive member of society! 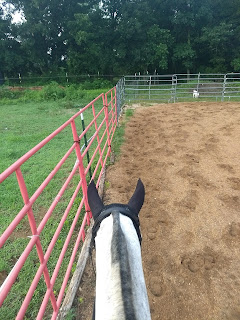 I initially wasn't sure I'd be able to ride Tuesday, because the forecast called for rain overnight Monday and then all day Tuesday. But thankfully the overnight rain didn't materialize, and the all day rain didn't start until after I left for work, so I squeezed in a ride anyway! Aside from getting so excited about cantering to the right and flailing around so much she was swapping leads and having to break down and start over, the rest of the ride was great. I didn't ride super long (because Tuesdays I have an exercise class so I try not to murder my legs lol) but when we finished I was smiling ear to ear -- and that happy feeling helped me not get too depressed the rest of the day during the torrential storms! I apparently neglected to actually take any photos of Ruby, but I did get some other interesting photos.... 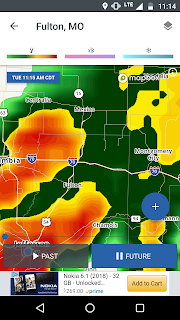 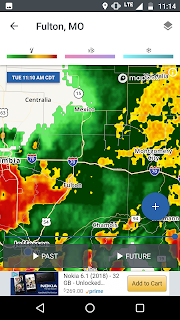 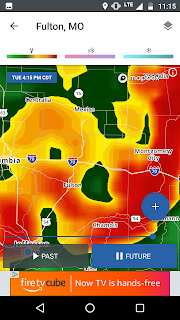 Unfortunately, all that rain meant there was standing water in my arena when I got home Tuesday night, and it was too soggy to drag Wednesday. No complaints! The grass needed the rain, so I just spent my mornings doing other things besides riding. I was kind of hopeful about riding yesterday morning, but we got clipped by another storm so it rained during the time I usually ride, then was ridiculously hot the rest of the day. Typical Missouri summer!
We have a heat advisory through the weekend (and possibly into next week!) so we'll see how much I'll be able to get done riding-wise. We got some new fans installed last week for the horses and they seem to be much more comfortable in the extreme temps.
The only other notable thing this week was that my Eponia bridle FINALLY arrived. I dithered between ordering cob and full, hoping that since Cinna and Ruby are reasonably close in head size that I might be able to let them share it. After measuring all my bridles and comparing them to the Eponia size chart, I finally went with full. Once it arrived, I realized I probably could have made cob work :-/ ughhhhh. But dealing with Eponia has been such a PITA (I still don't have the browband I ordered, apparently despite saying it was "in stock", it wasn't, so I'm waiting for it to be shipped from Sweden to Connecticut and repackaged and then shipped to me) that I don't think it's worth the headache of trying to exchange it (or trying to swap out the noseband, which is really the only thing that's too big). So that was a bit of a letdown. But it's a lovely bridle and it might replace the PS knockoff and make it into Ruby's daily rotation. 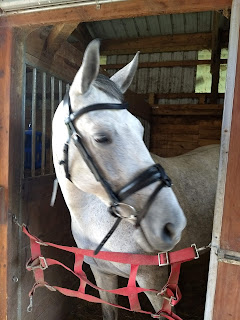 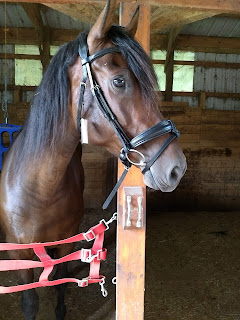 At any rate, things are clipping along at about the usual rate here. Nothing really big on my radar, just working along on the daily grind :)
Posted by TrainwreckInTeal at 5:30 AM