They're really not kidding when they call Land Rover Kentucky 3 Day Event the "best weekend all year" -- although I enjoy it for probably different reasons than the average attendee, lol. This post is long and disjointed and a bit of a photo dump so cookies for you if you make it all the way through!
Some of you may remember back in 2017, I impulsively decided kind of last minute to drive across three states to meet up with some random internet strangers to attend this event back when it was known as Rolex -- if you missed it (or if you want a recap complete with lots of shopping swag photos due to my absolute inability to make responsible life choices, check out Part 1, Part 2, and the Shopping). It was THE MOST AMAZING trip, and I never thought we could top the fun we had drinking and shopping our way through the KHP... and I've never been more glad to be wrong in my life.
A few months back, the incredible Jen decided to snag a tailgating spot and put together a place for bloggers to hang out Saturday at XC - it was a no-brainer to me to snag a ticket, and Karen was kind enough to offer me a space on her couch again (BTW she wins the internet and beat us all to a LRK3DE recap so feel free to start here haha). Through a series of fortunate events, we were able to convince Aimee, our favorite token Canadian Renate, and even T to fly out from their various parts of the continent to join us. Little did I know that I would be up to my eyeballs in construction the week of, but my darling DH was a champ about holding down the fort while I gallivanted off to Kentucky.
Due to all of us having bullshit "adult responsibilities", we decided on a slightly abbreviated trip format, and I took a half day from work Thursday to head to the airport to pick up Aimee and T, then head to Karen's. We got in late, grabbed dinner, stayed up entirely too late gabbing, and then got up at the actual ass-crack of dawn to drive to Keeneland to watch morning workouts.
After we made it to KHP and picked up our tickets from will-call, Friday was our dedicated shopping day. We started off strong with MANY mimosas at Dubarry and someone setting their credit card on fire (spoilers: it wasn't me!). Even though I actually busted my ass at my photography side hustle earlier in the month and planned to splurge on some Dubarry's, I ended up making suuuuuuper boring adult decisions like "not buying fancy boots". I know. It's not the kind of restraint you've come to expect from me, and I'm sorry to disappoint you. I'm disappointed in myself. But ya know, building a house has me pretty on a budget! Haha. After that we meandered through the trade fair and outside booths -- everybody got some fun stuff and good deals. 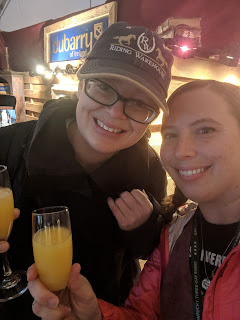 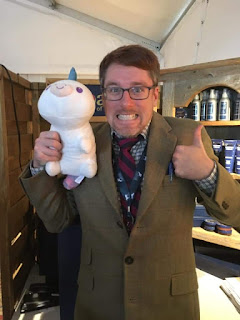 After we were shopped out, we headed to Midway for dinner at the Goose and Gander (shades of two years ago, only then it was called the Grey Goose!) and then attempted to recreate our epic dessert photo at Darling Jean's -- imagine my dismay when I eagerly ordered the Kentucky silk pie, only to have the waitress inform me that they no longer offered that. The look on her face when I told her I drove in from Missouri specifically to have some was pretty priceless! 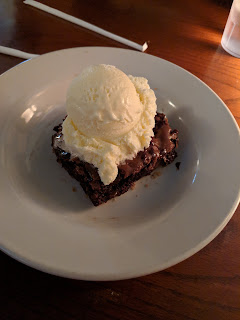 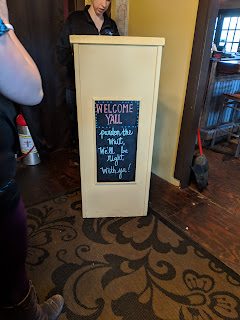 Saturday we were up and at 'em bright and early to meet up with everybody at Jen's tailgating spot. I can't even do justice to the amount of fun we had in words, so I won't try -- suffice to say it was a damn good time. We'd wander off to watch other jumps and then circle back to home base, enjoying snacks, many many drinks, and TASTY tacos and guac served up by Jen's fabulous husband. I got to put even more faces to blogger names -- Megan and her darling Sara, Stephanie and her awesome husband were there, Emma stopped by, and even Niamh! After the last horse finished the course, we packed up and meandered out, stopping to take some of the requisite jump photos on the way (naturally). 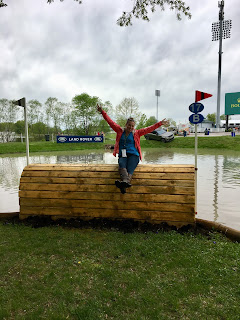 Sunday morning Aimee, T and I made a brief pit stop at Karen's barn to snuggle Hampton (Renate actually got to RIDE him, so hopefully you get to hear about that soon!), and then headed back to the airport. I conned Aimee into staying an extra day, so the plan was to spend Monday playing with ponies... The weather was less than cooperative and it stormed it's ass off for a few hours in the morning but the sun came out and the arena was dry enough that we toodled around bareback on THE BEST MARES in the world before heading in to STL for a whirlwind sightseeing trip before I returned Aimee to the airport. I'm already looking forward to our next get-together, whether it's just flying to each other's cities, tailgating the Breeder's Cup in 2020 (which has been suggested already, lol), or whatever! Friends this good are hard to find and I love them so much. What a weekend! 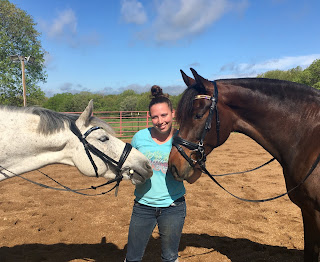 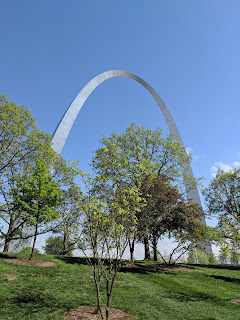 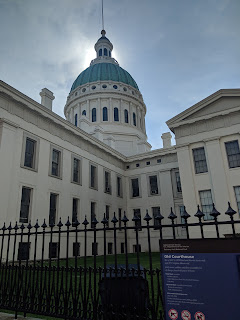 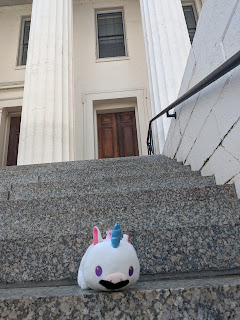 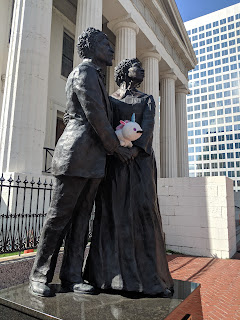 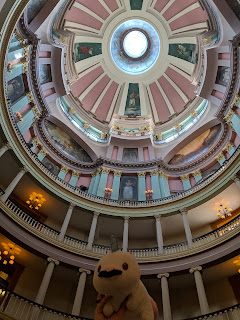 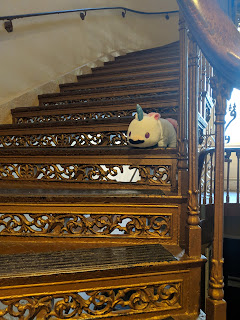 Don't worry, Francois will get his own Facebook album or blog post about all his adventures, haha. Also Blogger is being a PAIN ABOUT PHOTOS and I am too tired to deal with it anymore so #sorrynotsorry

Posted by TrainwreckInTeal at 4:00 AM 29 comments: