So in the house building process, there were a few small areas that I really wanted to splurge on. One of those areas was the backsplash (below) which I am still completely obsessed with and it makes me SO HAPPY every time I'm in my kitchen (which I also adore because there's so much space and storage and there's a DISHWASHER!).
Another splurge was my glass panel closet sliders, which turned out so well and everyone who has visited has complimented :) but I've been keeping another splurge a secret - handmade wrought iron horse head door handles for those doors! 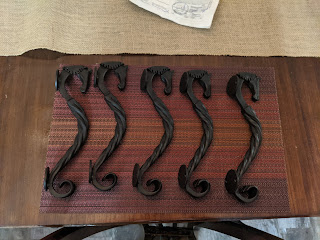 During the building process, FB definitely knew from my frequent Google searches that I was building a house and starting targeting advertising to me with fixtures and furnishings and whatnot. There's a really funny story with that when FB decided I was interested in octopi and wouldn't stop showing me octopus rugs and mirrors and tables and door pulls (there must be people out there REALLY serious about octopi lol), but some of the other targeted marketing was really on point -- including when it showed me an ad for these handles on Etsy. 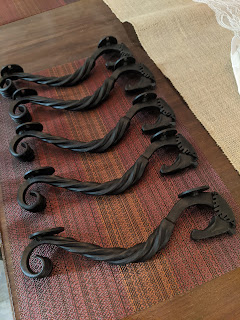 I of course immediately fell in love with them, but they were spendy. I went back and forth on them, and I didn't actually decide to go ahead and buy them out of pocket until the week before we moved in - we were under budget on the house and I had just started getting the new higher paychecks from my promotion and I decided that this was something worth treating myself on 😁 #noregrets 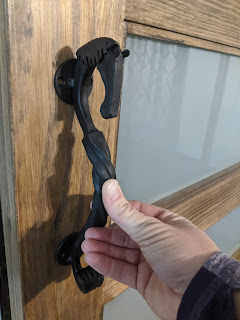 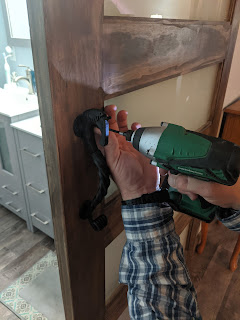 I ordered them the last week of September and they took 6-8 weeks to be made and then another 3 weeks coming here on the slow boat from Russia. They showed up last Friday and it was actually a very busy day, so despite my inclination to install them IMMEDIATELY, I had to wait until Saturday night haha. 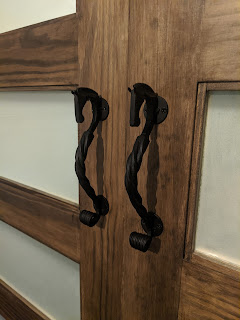 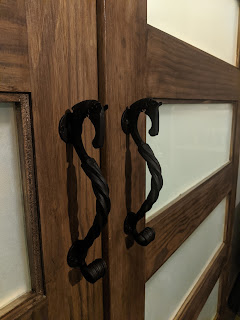 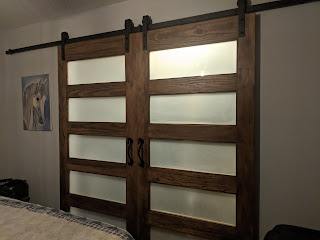 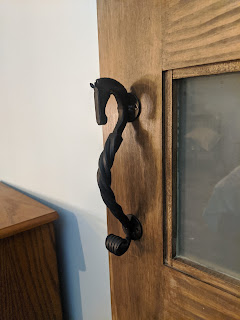 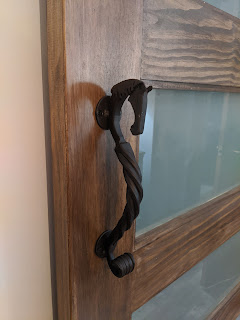 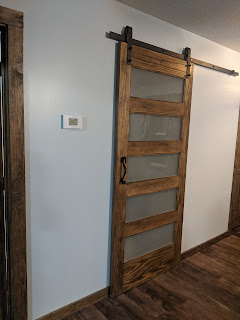 Voila! I love them, and they're the perfect finishing touches for the house!

I really thought we were done with the construction posts, but since things got wrapped up so quickly and under budget, and also DH and I both got pretty big promotions this year which definitely helps our overall household budget, we decided to go ahead and build a garage :) that was on the 5 year timeline, but we might as well go ahead and get it done now while the whole place is already torn up from the other construction haha. So that might make an appearance in future posts!
Posted by TrainwreckInTeal at 6:00 AM