Although the new “kids” have greatly decreased my riding productivity (I mean seriously, how can I drag myself away from the cuteness???), I have been making a concerted effort to fit in more horse time this month.
This is slightly more attainable since DH has started working some overtime each week – when he isn’t home in the evenings, I can usually sneak down to the barn for a bit (it’s been a rather rainy month so far so every time it dries out enough to drag the arena at home, it pours again, so Cinna has been more or less off the hook). Of course, when he’s not home in the evenings that also means I am responsible for 100% of the chores, as opposed to about 70% on the nights he’s home, leaving me less time to write (which is why things are quieter than usual here lately!). 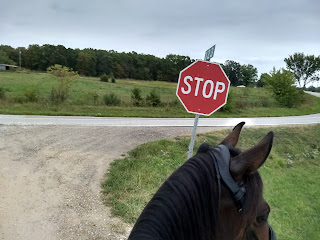 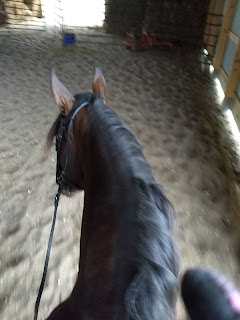 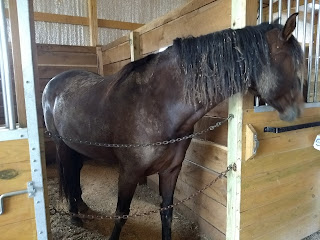 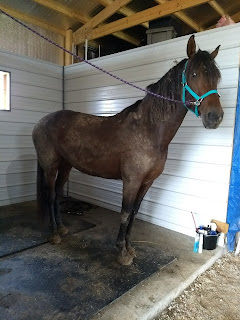 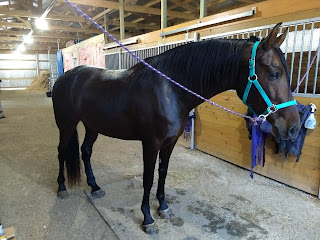 Ruby has actually worn tack and worked more than once this in the last 10 days, and I also had time to give her a very involved spa day (mostly because she was incredibly disgusting and grimy) – Equifuse FTW cause she looked AMAZING afterwards. Of course, this was also in the “pouring down rain” time period, so she didn’t stay quite that shiny for long, but I digress, haha.

Monday was Columbus Day, which is one of the many state holidays I get to enjoy away from my job. Monday holidays are my favorites, because DH is off on Mondays, and so is my mom, so if the weather is nice I always try to cajole them into going trail riding with me. Monday was supposed to be 80 and muggy, the last nice day before a cold snap (and by cold snap, I mean normal October weather?). We had some errands to run in town (DH needed to drop off his car for new tires), so we decided to pick a trail that let us drop off the car on the way there and pick it up on the way back. This meant we were headed off to Rudolf Bennitt! Each time previously we’ve parked at the same lot and ridden the same small section of trails, but I knew there was way more to the park, so I was determined to do more exploring this time. I particularly wanted to find the lake! 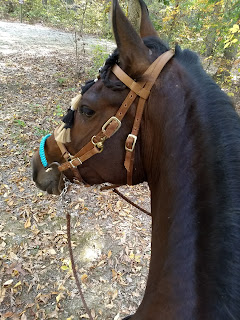 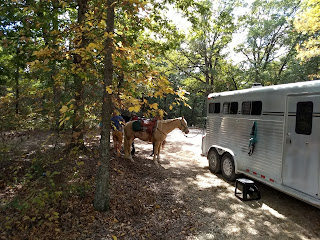 My mom wanted to bring her horse Mo, so I opted to take Ruby (if I took Cinna, that would leave Jack home alone, which tends to stress him out -- it would have been fine, but since it was just as easy to take Ruby, I decided to do that). We had a relatively uneventful time getting up there (although everything seemed to take about 2x as long as I scheduled it to take), so by the time we made it to the park it was already 1 pm. We half followed GPS/half winged it, but parked in a new location, next to another horse trailer (although spoiler alert, we saw NOBODY on the trails). 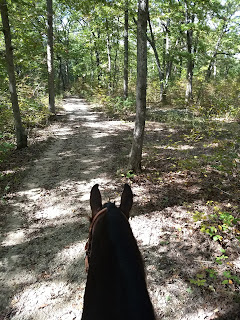 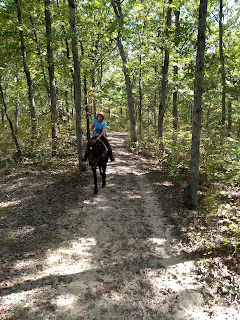 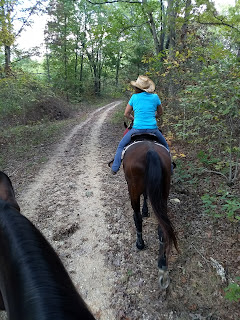 We got tacked up, and struck out on one of the trails. We covered totally new ground, with a lot more trails in the woods and terrain changes – great for conditioning Ruby, less great for the geriatrics (although they did quite fine, we just took the hills pretty slow). About halfway through, DH started getting grumbly about the trails not being as well marked (not that you couldn’t follow them, just that there were no labels so it wasn’t always easy to figure out where you came from/where you were going/how the trails intersected – even with the trail map. 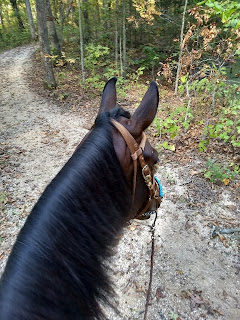 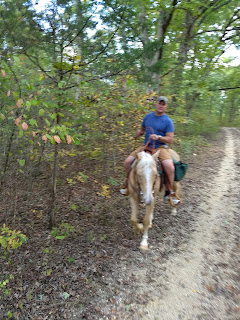 While I am content to trail ride for hours with no absolute destination in mind, his attention span is a bit shorter. So we consulted the map, and my GPS of the ride, and tried to sort out the best way back to where we started. Mercifully, it took us by the lake! And then like five seconds later, we were at the trailer – so if I’d started out the other way, we would have hit the lake first… haha. Oops? 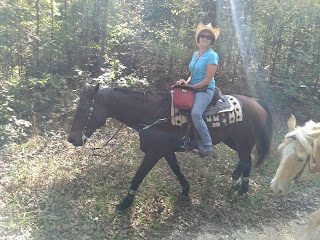 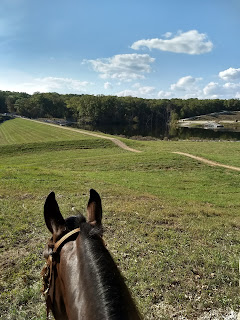 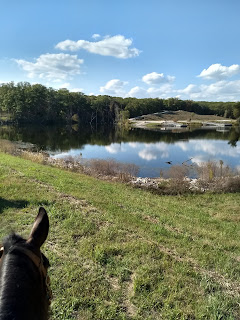 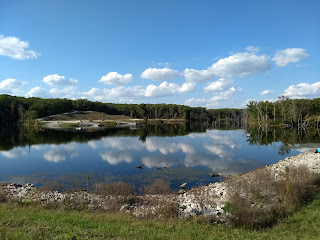 At any rate, it was a fun ride. Well, fun for me anyway, I don’t think DH enjoyed himself as much as he does at Indian Camp Creek, so duly noted. I will save Rudolf Bennit for my friends like me who can trail ride for hours with no set destination, and take him other places. We got home in time to hose off all the ponies and cook a delicious dinner, then Tuesday it was back to the grind for me! 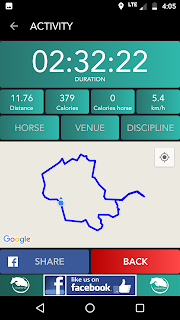 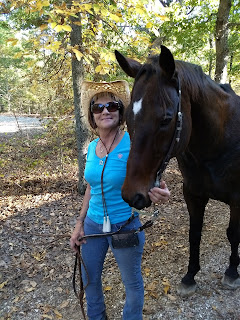 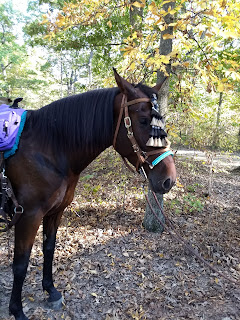 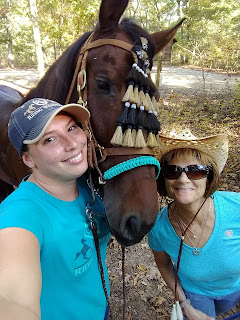