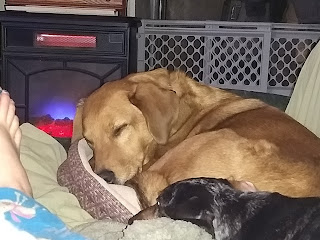 Unfortunately temps dropped again and we got snow yesterday, and the weather looks fairly crummy this week, so no idea when I'll get some solid saddle time again. But the days ARE getting longer, so just holding out hope the temps will gradually increase along with them. Could really use it cause last months electric bill was INSANE haha. How was your weekend? Any good rides? Superbowl parties? Inquiring minds want to know!
Posted by TrainwreckInTeal at 6:40 AM