Yesterday I started my adapted “summer hours” schedule. After much dithering last month, I ended up requesting the same schedule I worked last year, which let me go in to work late (leaving me time to ride in the morning), and then working later to make up for it. It worked out well last year because I got to take advantage of the cooler weather in the mornings to be productive, then spend the hottest part of the day in A/C that someone else pays for ;) win-win. Of course, last year DH and I weren’t working the same hours, so I think we’re still going to have to do some continued chore schedule tweaking until we find our stride.
Sunday night I had the stalls (mostly) prepped so yesterday when my alarm went off I just went out and pulled the horses in, took care of the goats and chickens, then went back inside to feed the dogs and change into clothes. Then I headed back out to get Ruby tacked up for a ride! I wasn’t sure how all the time was going to flow so I was kind of rushy (I actually totally forgot to change into my riding boots, but I was wearing my fauxbarrys so I just rode in those haha), and I ended up not setting up the Pixio (because again, time). Our ride started out super – she was loose, catty, and really stretching out in the walk. The trot started out great, and then she had a minor temper tantrum about maintaining both bend and tempo at the same time, and we had a minor CTJ.
I have a bad tendency to let things slide a bit because I get stuck in the “green horse” mindset, because that’s basically all I’ve had/ridden for the last 8 years. But she’s not green. She’s 7 years old and more than capable of working better when I insist on it, so I did. And whaddya know? After that minor blow up, she was GREAT at the trot, letting me send her forward and bring her back into bigger and smaller trots, working across the diagonal and letting me change the bend at will, and even working some baby leg yields at the trot. Nothing ground-breaking, nothing earth-shattering, just putting in some nice, consistent work. I did canter a circle each direction, but then just went back to focusing on the trotwork. I rode for about 40 minutes (with several short breaks, because there were goat shenanigans going on and I had to call HJ), and Ruby got reaaaaaal sweaty. Same girl, same.
She got a hosedown and then parked in front of her fan to cool off. I ended up being done riding and having everything put up with PLENTY of time to spare, so from now on I think I’ll be more comfortable getting the Pixio set up, remembering to put on my boots, etc... haha. I am already brainstorming the next tack shack project though, I want some sort of swinging rack to hang saddle pads on – I can’t verbalize it well, but I’ve found some photos of what I’m aiming for, so hopefully I will have time (and spare funds!) to work on that in the next month or so! It will be useful for hanging up wet saddle pads to dry, since at this rate I’ll hopefully be soaking at least one a day :) 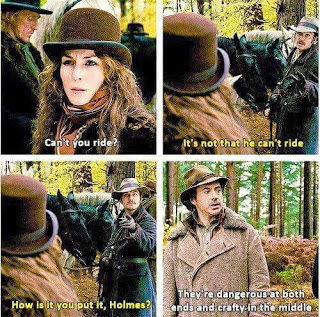 Do you change up your schedule season-to-season to accommodate riding at a warmer or cooler time, or do you ride the same time year round? Are you one of the lucky people who works from home?
Posted by TrainwreckInTeal at 5:30 AM