Oh my goodness do I have a lot to catch up on! Let's get the sad news out of the way first though :(

One of our barn cats, Tom, passed away one night last week.  He was eating dinner as we were unloading grain when he appeared to have a seizure, and he died in DH's arms shortly after 💔

Any of my local friends who stopped by our place for more than five minutes would have met Tom. He would follow guests all over the property and rub himself on their boots. He's lived here since we rescued him and his "sister" Lady in 2013. He LOVED to scrap with all the passing feral cats (and the occasional raccoon or opossum 🙈) and sported a gnarly cauliflower ear as a result. He made himself "useful" by getting underfoot during much of the house construction, and he loved BBQ days when DH would fire up the smoker and hang out all day in the lean to. He drove me nuts occasionally, but the barn will be a bit sadder without his broad tomcat face and gravelly purr. And poor Lady won't have her winter snuggle buddy to keep her warm in the feed room 😭 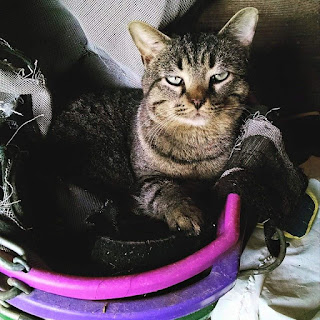 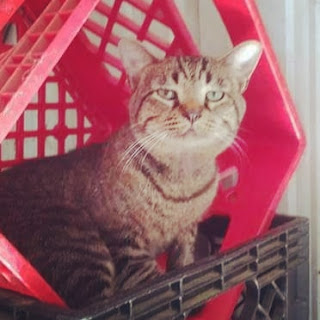 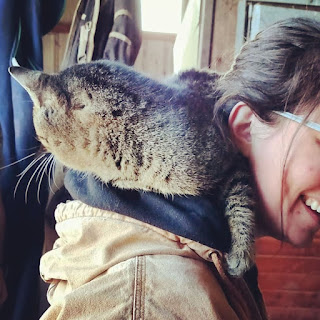 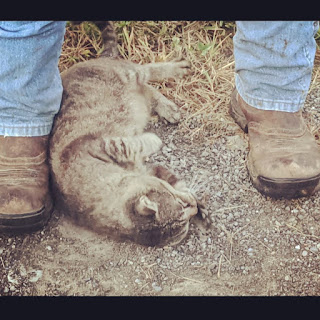 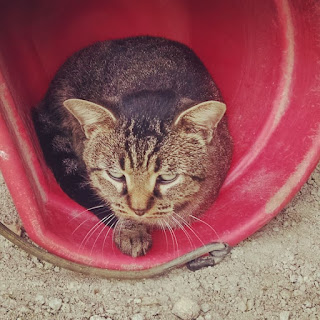 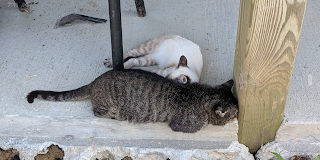 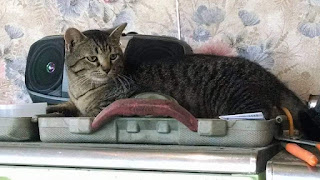 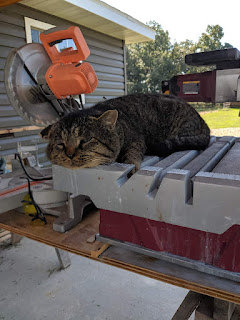 He's buried out back in our pet cemetery with a stone to mark his grave. He was a gross, grungy gremlin, but he was our gremlin, and we'll miss him very much.

Posted by TrainwreckInTeal at 6:05 AM