For a long time, most of my tack lived in my horse trailer (or in random totes in my barn). As we continue to make property improvements, upgrading parts of the barn became more important. Especially when the horse trailer had to go have the roof replaced (hail storm) and we pulled everything out -- and DH realized exactly how much tack I had.... haha.
After we put stalls in the barn, we used some of the remaining space for a small tack/feed room. This was a good idea in theory, but the reality left a lot to be desired -- the trash cans we store feed in take up a lot of space, and once we acquired some barn cats, they also lived in this room. And barn cats + tack do not mix (I learned a hard lesson about that at my first barn when my very nice almost brand new saddle received some nasty cat scratches because the owner of the barn wouldn’t lock them out of the tack room). 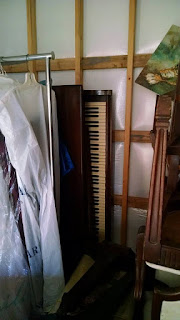 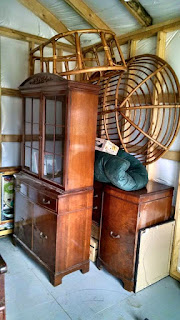 Last summer we decided to build an insulated shed that would be a combination tack room as well as storage space. I have several family heirloom antique pieces of furniture and no room to use them until we build a house (including a baby grand piano), so this was one of the big motivators to get the shed built. Because we’re actually storing fairly nice stuff in it, we decided to insulate it -- it also has an exhaust system and a dehumidifier. I’d really love a small A/C unit too, but we decided to forgo that for now since we don’t spend a lot of time in it.
The shed is approximately 12' x 16'. It’s built on a platform thing and not set into the ground, so technically it could be moved (although I can’t imagine why we would). DH and some of his friends (with construction experience thankfully) built it like they build everything on our property -- a good dose of knowledge peppered with absolutely winging it. Luckily it turned out pretty well! 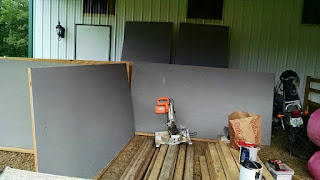 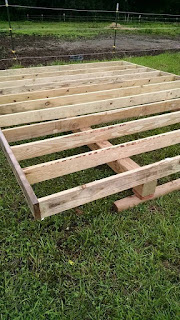 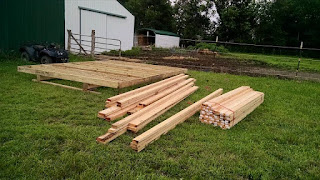 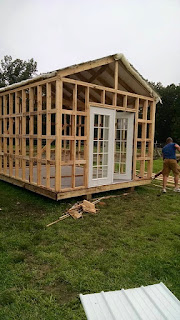 We’ve been using it for about a year now and my only complaint is that the door tends to freeze shut in extremely cold temperatures (although really, when its cold enough for the door the freeze shut I’m not typically interested in riding anyway haha). The dehumidifier keeps the tack from molding, and I have plenty of space to store everything neatly. 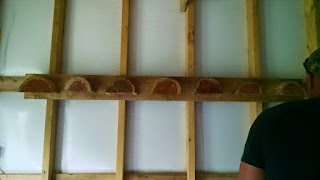 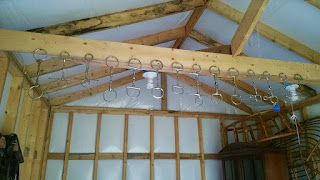 I do want to make a few changes -- a different way to store the saddlepads, a display case type thing for browbands, potentially make some changes to my saddle configuration, etc. But for now, it works INFINITELY better than keeping everything in my trailer, and it’s safe from marauding cats (and mice, since I lost an Otto Schumaker rolled double bridle to some damn mice, ughhh).

Next up -- a tour of the full tack shed so you can appreciate my tack addiction!
Posted by TrainwreckInTeal at 6:55 AM