As Monday’s post indicated, not much going on in the riding/training areas. It’s been hot, I’ve had a lot going on in the non-horsey side of my life, and really no motivation. I have been going to the gym a little more, so that’s good I guess. We booked a trip to Puerto Rico and I would like to be able to wear a swimsuit without drowning in self-loathing, so there’s some motivation for ya! Monday night was our monthly business meeting for our GMO and Tuesday night we had to unload shavings, so I wasn’t able to get to the barn -- it was grossly hot and humid both nights though, so I’m not too upset about it. I do have some more #TackReviewTuesday posts planned, just trying not to do them all at once in case I run out of tack to review (cue laugh track).

I realized when I was posting some photos for Monday’s entry that while I did write a lengthy post about our first four dachshunds, I never followed up with the rest of our motley crew. 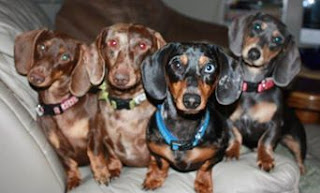 We’ll start with Cooper. Cooper is a Heinz 57 mutt of indiscriminate origins. He came into our lives when DH, upset that all four of the dachshunds loved me best, decided that he wanted a “big dog” to keep him company doing farm chores. As much as I adore the dachshunds, they leave something to be desired in terms of being “barn dogs”. They are selectively deaf, always getting into things, and fully believe they are big enough to take on the horses. While DH and I had abstractly discussed the concept of adopting a bigger dog, he managed to surprise me at work one day with a puppy he picked up from the shelter. 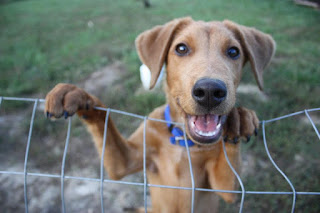 Cooper quickly settled into life with us. Being raised by dachshunds gave him some pretty questionable habits, especially once he hit his mature weight of around 60 lbs. He likes to sleep on the back of the couch, and drape himself over your shoulders if you sit in “his chair” -- we refer to it as “wearing a Cooper scarf”. At night, his preferred sleeping place is curled around the top of my head. Convenient in the winter, not so much in the summer. 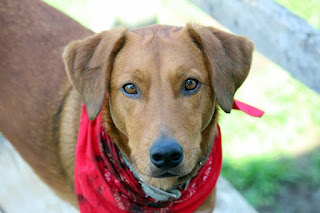 He’s a slightly average barn dog -- he will mostly hang out with you and has a healthy respect for the horses, but occasionally if something catches his interest he will run off and pretend not to hear you calling him back. He has a decent grasp of basic commands - “sit”, “down”, "kiss kiss", and my personal favorite, “crawl” (he actually does a fairly decent army crawl, haha). He’s not the sharpest tool in the shed, but he is genuinely one of the sweetest, silliest dogs I’ve ever met. 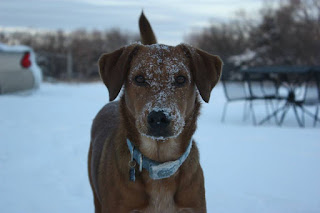 Next up is Cruce -- once it became clear that Cooper also loved me best, DH headed back to the shelter in hopes of finding a dog that would bond with him. He brought home a 30 lb ball of awkward with gigantor paws. After finding out that Cruce had been rescued from a plastic tote thrown in a dumpster (I really hate people), I couldn’t even be upset about adding another (giant) mouth to feed. He matured into 100+ lbs of very vocal goofball. He did develop an angular limb deformity at about a year old, so his outside time at the barn is limited (he just wants to run like a lunatic, which is hard on his leg). He and Cooper are inseparable best buds. He loves swimming, hassling the barn cats, and getting up in the middle of the night when DH gets home from work to snuggle on the couch. 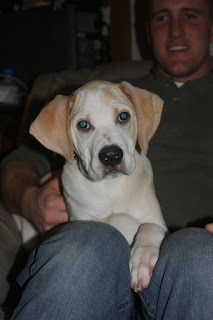 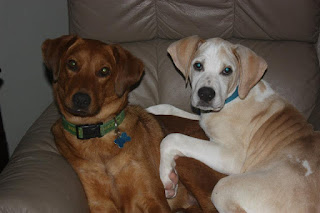 Our best guess at his origins are that he is some sort of Great Dane/Lab mix. He is such a character -- if the bedroom door isn’t latched, he will go back to bed in the mornings. And good luck getting him up when he’s tired -- it's pretty much identical to this guy. His other favorite trick is to lay down out in the yard and refuse to come in unless you go out and pet him first (yes, he’s got me well trained!). Although I still don’t own a copy (it’s on my wish list), apparently there is an old move called The Very Ugly Dachshund about a Great Dane raised by dachshunds who has no idea how big he is, and that’s pretty much Cruce in a nutshell. If you sit down at our house, he’s going to join you in the chair. No concept of personal space. 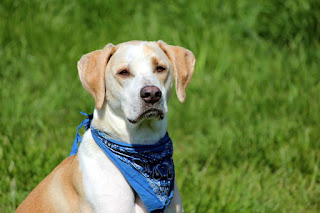 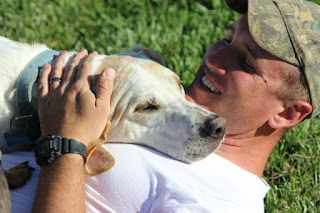 And last but certainly not least, Cici. In case you’re sensing a theme here, you’re correct -- DH brought her home. She was owned by a friend of a friend, and when DH was visiting to pick up some tools, he complimented her and told her owners that we love dachshunds. They offered her to him, because they had just gotten a bigger dog and the bigger dog was picking on her. When he brought her home she was scrawny and introverted. Things got off to a rough start when we introduced her to the rest of the dogs and Cruce decided he was NOT a fan. Luckily he came around (they’re now BFFs), and she eventually gained some weight and came out of her shell. 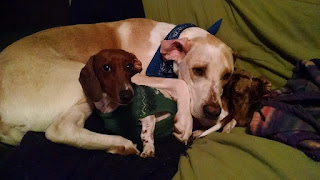 I love all of my dogs in different ways -- Hayden is my opinionated blue weiner with a bad case of little dog syndrome. Indigo is my sweet cuddly blue princess with the soulful hazel eyes. Snickers was my simple snuggler who loved EVERYONE (God it still hurts to type was instead of is). Rufus is my mighty hunter who is also so in tune with my every mood. Cooper is my lovable doofus who can always be depended on for a kiss. Cruce is my mischievous scamp who likes to get the dachshunds in trouble by pulling things off the counters and letting the other dogs destroy them (while sitting there with an innocent “who me?” face -- yes Cruce, I’m aware you are the only one who is tall enough to reach the counters!).
But Cici? Cici is my baby. I can’t really explain why our bond is different than the love I feel for my other dogs, but she is extra special to me. She follows me everywhere, is first in my lap when I sit down, sleeps in my arms at night, and gives the most ridiculous kisses. She will paw my face if she feels I’m not paying enough attention to her, and “meercat” incessantly when she wants to share my dinner. She has to be coaxed to eat her dog food and bounces around like a gremlin when she gets excited. Sometimes she gets so excited that all you have to do is give her a look and she will start barking and racing around the house, bouncing off the other dogs and generally leaping around like a maniac. 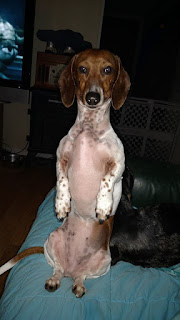 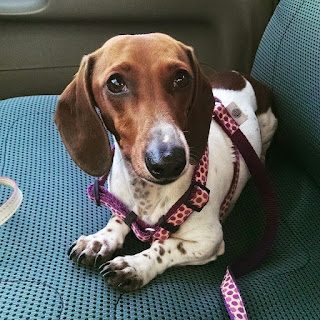 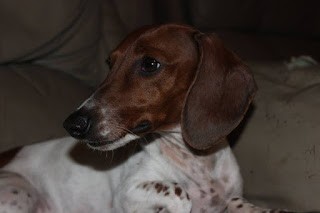 I know people think we’re nuts to have six (well, it was seven until we lost Snickers last December) dogs in the house, but I honestly can’t imagine our lives without them. They enrich our daily routines in so many different ways. 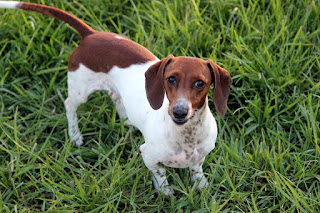 Tell me about your pets! If I follow your blog and/or your IG, I may have already seen them, but I still want to know -- besides horses, what other four-legged critter holds a piece of your heart?
Posted by TrainwreckInTeal at 6:00 AM

Email ThisBlogThis!Share to TwitterShare to FacebookShare to Pinterest
Labels: about me, Background, daily life, dogs