The first week of January things were really going great. I was finding a rhythm with the horses, and I was so excited to maybe be able to slot some time for updating the blog more regularly into my schedule. 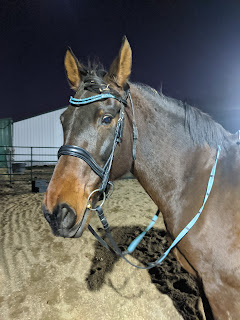 And then we lost Rufus and my momentum just...crashed. And then burned. That week was already shaping up to be stressful at work, and adding his loss to my already overflowing plate forced me to compartmentalize and shuffle my feelings around to be dealt with later while I focused on fulfilling professional obligations and pretending to be a fully functional human being.
And then the weather got shitty - first cold, then wet. We needed the cold for some property work (moving stuff without sinking the trucks in the mud) so at least on that front we've been getting things done. We also should be able to start the garage work soon (the concrete contractor was actually supposed to come out last week but it snowed, then snowed some more). The last time I saw my arena footing, it was very very wet, and the current blanket of snow and ice won't help much once it finally melts off. So I'm going to proceed under the assumption that I won't be riding in it for a little bit. 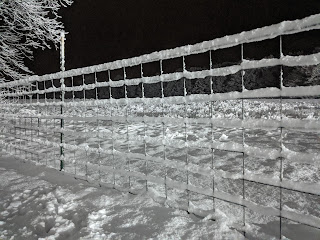 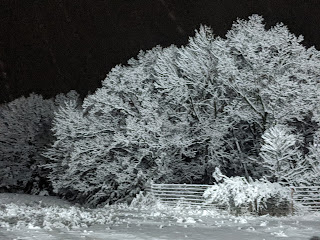 The horses are enjoying resuming their vacation, and are taking their job of hay hoovers very seriously. Jack seems to be wintering better than usual, which is probably due to the extremely mild temperatures we've mostly been enjoying (with the exception of the last few weeks), and also his $$$ alfalfa, which he adores and the other horses covet haha. 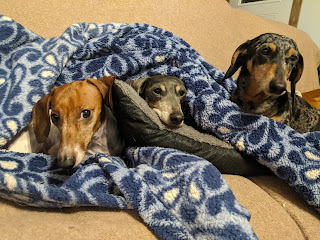 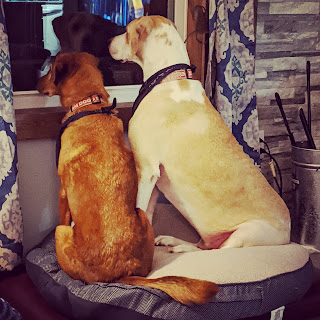 The dogs are their normal goofball selves and can always make me smile -- although the loss of Rufus and accompanying changes seems to have set off a renewed bout of separation anxiety for Cici.

I'm not letting the weather get me down -- that's just Missouri in winter. We are getting some nicer weather this weekend so I might see about hauling out to ride if I can find somewhere that isn't ridiculously muddy. Aside from that, not much going on. Work is going almost suspiciously well, but I suspect that's mostly a natural outcome of finally being in an organization that prioritizes professional development and actually like...rewards high achievers. It's weird, but good. Now to focus on a way to add riding back into the delicate juggling act that is my schedule! And who knows, maybe I'll recover some of my momentum and pick this back up as well 🙃 I'm trying, anyway.

Thank you to anyone who slogged through that rambling, nonsensical, sort of update. If I could, I'd give you a delicious homemade cookie 🍪
Posted by TrainwreckInTeal at 10:00 AM