I am woefully behind on recapping the rides lately, but it's probably gonna stay that way, lol. My Equisense randomly quit connecting to the app the week of the show (I first noticed it the Thursday when I tried to turn it on for my lesson but didn't have time to troubleshoot it), so I haven't been able to track any ride notes since then. I have been in communication with the company and they assure me they're fixing the bug and it'll work again soon, but in the meantime, I'm fairly annoyed. I had no idea how much I relied on that to keep myself relatively on track in terms of how long the rides were and spending on equal amount of time on both reins, and then making notes about the ride! I'm back to using Equilab to track the length of time anyway, but it's an absolute joke at everything else after having the Equisense. At any rate, aside from a brief break for weather (and sanity!) after the show, the weather has been decent and I have been riding pretty much every night. I'm alternating both horses again and working to get Cinna a little fitter. She had some time off after her choke, and then when push came to shove when I started lessons again, I almost always picked Ruby because I was so worried about making progress between lessons, but now that I feel pretty comfortable on that front, I'm adding Cinna back into the rotation more. 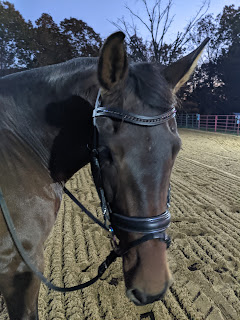 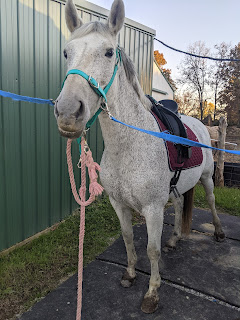 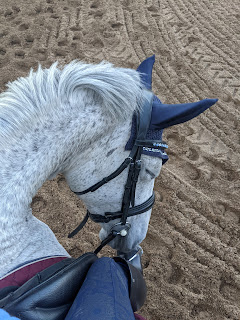 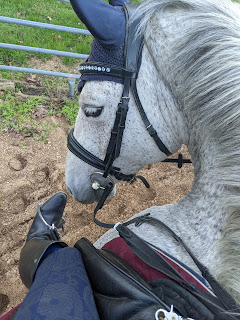 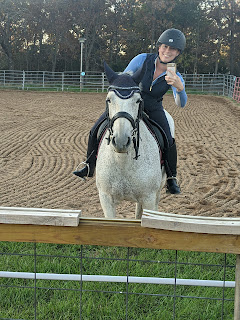 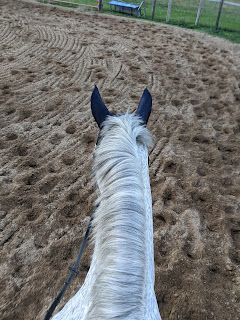 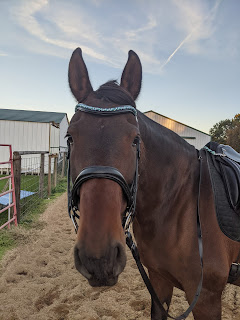 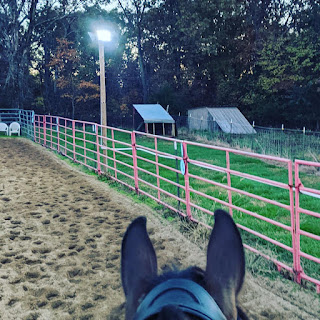 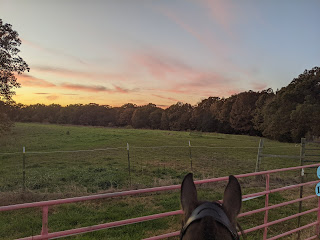 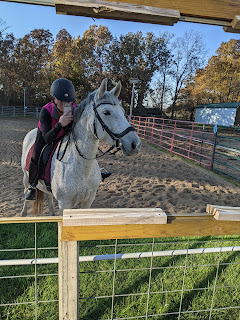 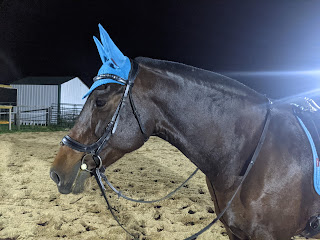 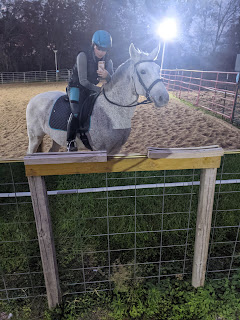 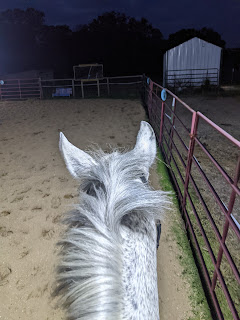 Now that Cinna is back in work we are struggling through some issues - she seems to have REALLY regressed in the contact and just in general willingness to accept any sort of direction, and I'm trying to figure out if it's fitness related (in which case hopefully it resolves with time) or if it's some sort of tack/discomfort-related... on that note, I am gradually swapping out pieces one at a time to see if rides get any better. There doesn't seem to be much rhyme or reason, sometimes she'll start off fine and devolve into an angry, tense, Iberian sewing machine, sometimes she starts off that way but then gets very loose and swingy and fun by the end of the ride? Those are the things that make me think its fitness related and that we'll just eventually work through it, but I'm still tinkering with the tack set up gradually to see. I think at least once over this winter I'd like to take her up to trainers instead of Ruby, see what she thinks. I have told her many unflattering things about Cinna and how poorly we work together so it should be a fun adventure, lol. I shouldn't be so down on her but gosh compared to Ruby it's just night and day, and since I'm the one who raised them both, I can really only chalk it up to genetics and personality.

Yesterday being a holiday, and the weather being randomly very nice (after it being forecasted to be garbage most of the prior week) meant we got a lot of things done around the farm, and BONUS, trail ride!