Last Saturday I had my (almost) weekly lesson. I know I sound like a broken record but it's so fun being able to be on a semi-regular schedule! Knock on wood the weather keeps cooperating - it's been downright GORGEOUS this week, bless. I brought Ruby in a different bridle than usual -- every other lesson she's been in my PS knockoff/NS verbindend, since that was her general schooling bridle. After the tack sale, when I picked up that legit PS Paladin noseband and had to frankebridle it together, I got curious and rode Ruby a few times in it with Cinna's nathe. She seemed to go pretty well in it, so I said what the hell and took it to my lesson. And new trainer really liked how she went! She asked me about it right away so I talked through all my bridle options with her (lol) and she commented on it several other times, so I think I'll keep swapping back and forth at home for Ruby's rides but lesson in the Paladin/nathe for a while and see how it goes. I think it works particularly well for lessons since Ruby remains relatively backed off/chill there, vs. the freight train she can be at home. Anyway. Food for thought! 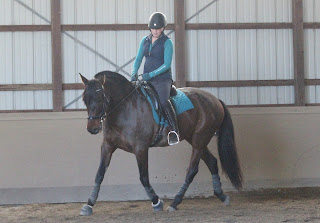 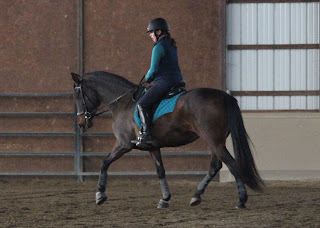 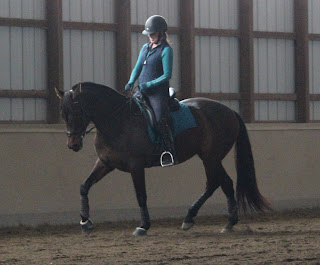 Man the trot tracking left is just so damn consistent! To the right we're still on the struggle bus occasionally, no surprise. After we warmed up, we actually jumped to the canter fairly quickly - I told new trainer I'd been working on the transitions being less... full of drama (ha) and also making Ruby a lot more adjustable in the base of the neck. Also definitely lots to work on in terms of my tendencies to lean, and when I felt like I was leaning way back (but was actually just, you know, sitting up straight lol), Ruby was far more capable of shifting her weight back over her hind more and getting more uphill. It's definitely work to maintain, so a few times she broke gait more out of "gee this is really hard" vs " I don't actually understand what you're asking", but both is fine. The only way to learn is to consistently let her offer what she thinks is the right answer and even if that's not it, to keep going :) 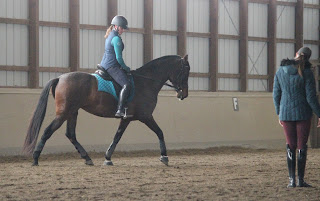 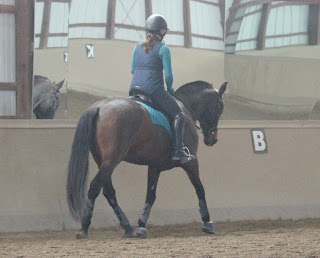 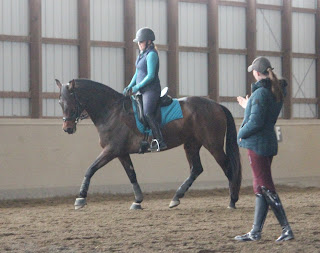 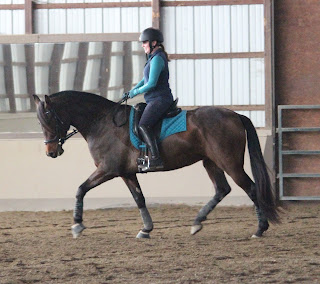 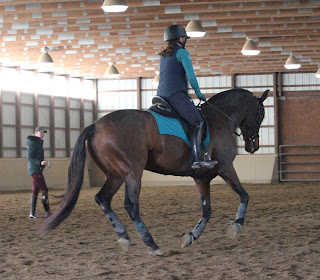 It's so funny to me because at home I find the left lead FARRRRR easier to get/ride, whereas at lessons new trainer definitely prefers the right lead canter, once Ruby is to a point where she'll let me have a little input, ha. But with consistent work, even at home, the right lead is definitely coming along! 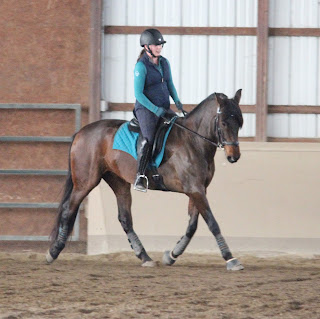 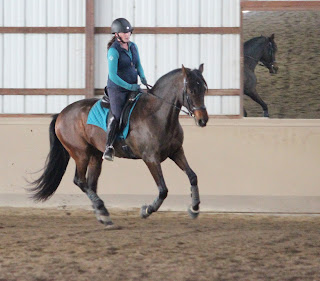 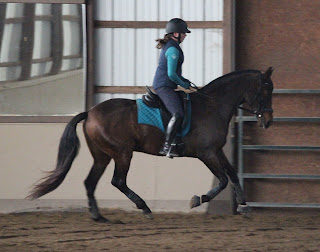 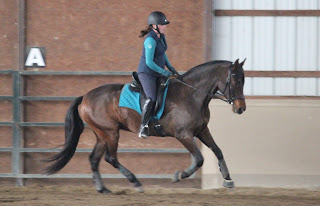 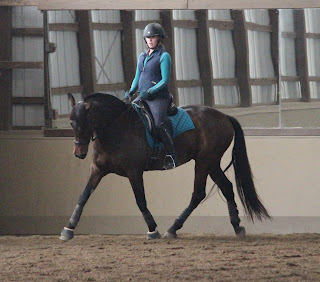 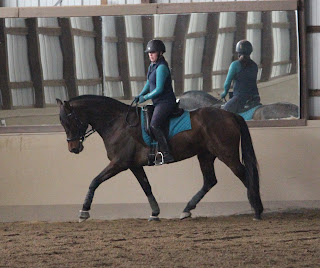 We finished up the lesson with some work on trot lengthenings, but of course we did them across the diagonals and DH wasn't sitting in a good location to catch much of those... not that I think they were spectacular, we worked hard at the canter and were both tired, so I'm sure they were fairly lackluster.

At any rate, another great lesson :) when I got there and new trainer asked how she'd been going I told her I wasn't even going to bother telling her because the answer is usually "Ruby's been a bit of a freight train and I don't feel like things are going super well" and the lessons are always great so... just gonna roll with it, lol. She said hey whatever works, and that clearly I was doing something right between lessons because we were showing improvements every time! Normally I'd be cynical about that, but I can definitely see massive improvements in the photos and videos I get, so I'll just keep on keepin' on!
Posted by TrainwreckInTeal at 5:00 AM