Despite it being approximately one million degrees by the time I got off work in the afternoon, you know I still had to go out and saddle Ruby up and try the saddle! 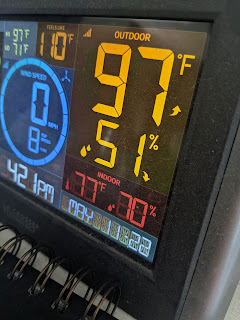 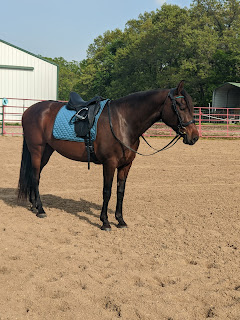 Because I like to make my life as difficult as possible, I also had my heart set on getting some Pivo footage as well. You know, despite not having used it in... like 6 months, haha. Ruby very patiently stood in the middle of the arena while I fussed with it for what felt like an overwhelming amount of time (but was probably five minutes) and I did eventually get it to start recording. Apparently in the time I haven't been using it, they shifted their resources towards one of the other Pivo apps (why are there like five now?!). 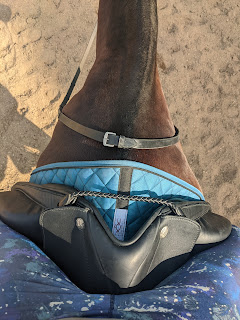 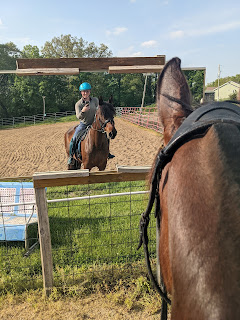 I was a little nervous as I swung a leg over - what if I didn't love it? What if it wasn't as magical as I remembered? WHAT IF I SPENT ALL THAT MONEY FOR NO REASON?!?!?! (yes, it's exhausting to live inside my lizard brain, okay). Thankfully, none of that was an issue. I loved it as much (more?) as the fitting appointment. I have never in my life felt so plugged in and stable in the canter. Because neither of us is acclimated to exercising in triple digit heat indexes yet (thanks MO, for going from like 50 to 90 damn near overnight), I kept things short and sweet, opting to mostly walk and just do a few circles of trot and canter each direction to get a feel for things. 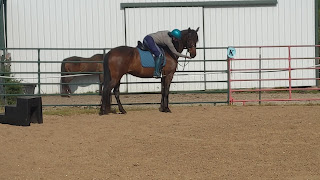 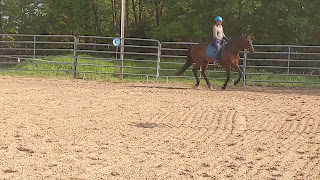 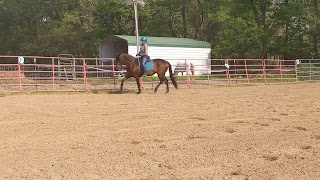 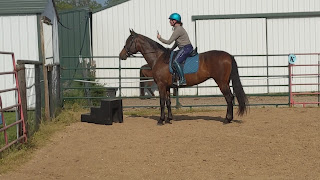 When I pulled the video off the Pivo, it was literally so jerky it gave me motion sickness to watch, so I just grabbed a few screenshots. At least this ride it mostly followed me, even though Cinna and Jack were turned out in the dry lot adjacent to the arena, so I guess I should swap to the more supported app and give it another go. At any rate -- maiden voyage in the new saddle was a success and I am like DOUBLY excited for my lesson Sunday!!
Posted by TrainwreckInTeal at 5:30 AM