Last weekend, I took off early on Thursday for an ADVENTURE! I drove to Indiana to meet up with Jen at the Heartland Welsh Show at the Hoosier Horse Park. It was going to be her baby Disco's first in hand show, and Connor's debut in leadline with Annie, and really how could I turn down a long weekend full of ponies and photos and fun?! Trick question, I could not. I will let Jen tell you all about how her main men stole the show and how they were basically champions of the ENTIRE FUCKING WORLD, because that's her story to tell, but I figured I could tell you what it was like as a spectator and about how much I loved it!
I got in Thursday evening and went straight to the horse park, where Jen was unloading her trailer to settle Connor in, and then I jumped in to help bathe Disco and his dam, who would be showing the next morning. Disco is a COOL DUDE - he was completely chill about being bathed in the dark with cold water, and was mostly interested in how much he could splash around in the hose. The actual cutest, no lie.

Thursday was a late night making sure all the ponies were settled, and then we went back to Jen's house for pizza and beverages. Jen's house is AMAZE-BALLS. Holy shit. She and her husband have done such a cool job of restoring it to it's original glory but with a modern twist - it's elegant but functional and literally any time I was in a room I was ogling the cool details of a historic house....whether it was the BOMB chandeliers and matching 100+ year old medallions original to the house, the amazing trim, the GORGEOUS ornate front staircase, or even fun hidden details like elaborate hinges on the doors. I got to stay in an adorable guestroom upstairs, was reunited with my buddy Hank (who I met at #notRolex2019), and even got a chance to try to befriend Meatloaf -- she was not super sure about us being buddies on day one, but by the end of the weekend she consented to play with me a bit and let me scritch her ears, which is a win in my book :) The pizza Jen's husband made was SO INSANELY GOOD - he made the crust himself and then did a bunch of mini pizzas with a variety of toppings.. I STUFFED myself with pizza, some of which he made to specifications with the understanding that I am a complete weirdo and don't like a lot of normal pizza toppings, haha.


Friday was a long day of halter classes, with Jen's ridden cob class at the end of the day, so we were up and at 'em bright and early. Connor, being the gem that he is, was still clean and tidy when we showed up, so we mostly pitched in with Disco's breeder to help get all her mare/foal pairs ready, and then once the show kicked off it was a blur of back to back to back halter classes -- some with the foals entered, some with the mares entered, and some with allllllll of the horses the breeder brought (Produce of Sire and Get of Dam, where I think they were judging in consistency of type in breeding programs?). It was really fun to watch from the sidelines (although I was dressed and prepared to run horses if they needed an extra handler), but luckily enough people materialized that I just got to take photos all morning long! I can't wait to hear about it from Jen's perspective, but I can assure you I was IN HAPPY TEARS several times as they announced results, and actually got so distracted happy crying for Jen I almost forgot to take photos (THE HORROR).


Friday actually wrapped up at a reasonable hour (for a horse show, weird, right?), so we got to swing by Jen's barn and I got to stomp around in the Tru-Tex (since I'm hoping to add it to my outdoor). Her barn is laid out SO WELL -- such a functional little space, and also just gorgeous. The fact that she can have a place like that to keep Connor (and Disco here soon!) less than 10 minutes from her house in a city is #goals.


Saturday morning was Connor and Annie's leadline debut, so we were off to the showgrounds first thing. Spoiler alert. It was the actual cutest. Again, I'll let Jen tell you all about it, because it's her (and Mary's!) story, but it literally made me tear up again that I got a chance to capture it for them <3 after leadline, there was a bunch of driving classes before Jen's english classes in the evening. 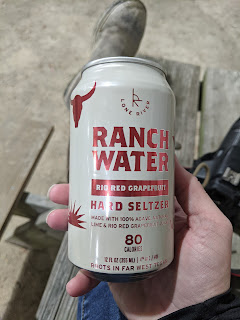 Sunday was the last day of the show, with all of the hunter classes -- and Mary was showing Connor! It was another early day, but again, so worth it to be able to document the experience. Jen and Mary are the kind of friends everyone should have (or be!) and it was so special to watch Mary's family show up to cheer her on, and watch Connor totally rock around the course with her!
Mary and Connor's classes wrapped up early and I hopped back on the road so I could get home at a decent hour (and ride my own horse, yay!), but it was such a special experience. I'm so grateful to know Jen and have the kind of friend who is totally cool if I just invite myself to her house and then creepily follow her around a show taking (actual) thousands of photos. It really is something I enjoy so much, and I'm glad to be able to repay her in some tiny way for the million ways in which she has been a great friend to me over the last few years since I started blogging and "met" her virtually long before we ever met in person. Jen, I'm glad I didn't scare you off the first time we met in person and within 20 minutes I was giving a total stranger tours of your horse trailer, and thanks for putting up with all my weirdness and still being my friend - I appreciate it more than I can say <3 I hope we get to show together in 2022!
Posted by TrainwreckInTeal at 4:30 AM