I know, it's about time. I think I rode maybe 3 times in December, and one bareback toodle in the arena this month. I had yesterday off so I waited until it warmed up (40 degrees FTW!) and headed over to the barn. I was hoping the ground wouldn't be too sloppy from melting snow, and I was in luck! There was just enough thaw that the top layer had some give without being mucky, so Ruby and I trekked out to the hay field and a quick jaunt down to the frozen pond. Despite all the time off, she was good -- a little eager to interpret any movement as a cue to trot (no, no it's not), but I can't blame her for her exhuberance. It was great to be out! 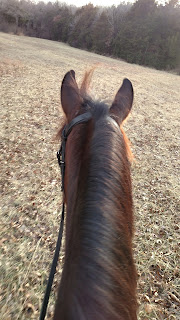 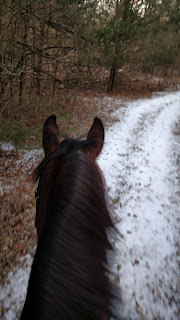 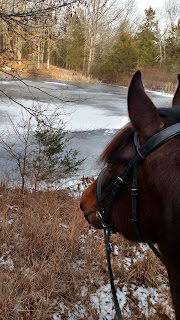 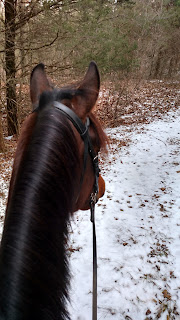 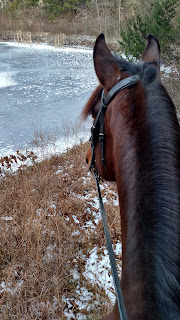 Posted by TrainwreckInTeal at 6:39 AM