Too boring to title

I had really high hopes for some saddle time this weekend, but alas. The best laid plans..... 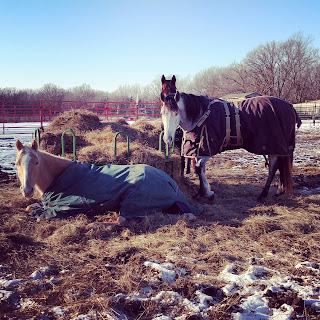 Friday night the auction was a little disappointing. Great company, but the tack selection was pretty limited. On the plus side, I didn't really need to spend money, so at least there were less temptations? I did end up buying a western breastcollar that looked like it would match my western saddle, and I only spent $6, so I'll call that a win. 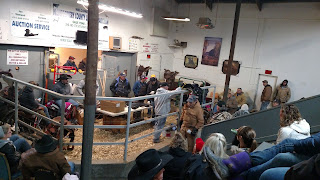 Saturday and Sunday were still pretty cold, despite what I thought was an encouraging forecast. I always forget that just because the high might be close to freezing, doesn't mean that's what the "feels like" temp will be, silly me! DH and I spent some quality time on the couch with the dogs getting him  hooked on Sherlock.
Today started bright and early with a knock on the door from the sheriff. There were loose horses in the road in front of our house, and as we're one of the few properties on this road with horses, obviously the assumption was made that they were ours. Luckily, mine were where I left them last night (in their stalls, in the barn). DH helped corral them and eventually their owner was found. 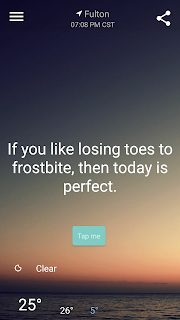 It is supposed to warm up a little today, so I'm hoping to ride this afternoon. In the meantime, I'm getting ready to start a tack room cull and sell some items to hopefully fund something sparkly (damn you Teresa and Aimee for being such enablers hahaha).
Posted by TrainwreckInTeal at 8:21 AM