All Horses, All Weekend

Even though last Friday was beautiful, losing most of it to my work day was tragic. However, Saturday promised to be even more beautiful -- and it did not disappoint! I had a full day planned so I rolled out of bed early to get chores done. A barn friend came over and took Trigger for a spin, while Cinna had her first experience with a western saddle. I wanted a relaxed "work session" of just walking, halting, and plenty of standing still hanging out. 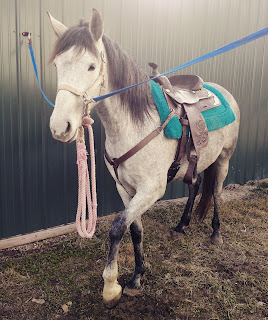 Relaxation under saddle was something her dam struggled with, and I see the same tendencies with Cinna. They both want to please you so badly that they wind themselves up in knots. Because Tres was older when she was saddle trained, and then her riding was so sporadic, true relaxation isn't something I really ever achieved with her (although she is making leaps and bounds of progress with her new 'mom'!). I'm hoping to not make the same mistake the second time around, so "toodling" is going to be added to our work schedule as often as necessary. Even if that's all we do this year. 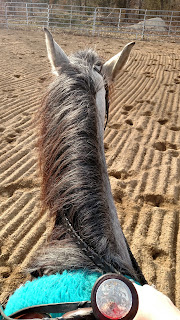 After a relaxed meander, barn friend and I headed out to a fun show -- several other people from our barn were competing, and we wanted to go and cheer them on! It was a productive start to the show season for ACS, and one girl brought home her first blue ribbon at her horse's first outing! Very exciting for her. And she was even sporting a matchy matchy outfit that made my heart very happy.... haha.
After the show, I headed out to the barn to do evening chores, and then hit the trails with Ruby! We rode until dark, and it was basically perfect. A few trail rides under my belt makes me feel like I can tolerate arena work again, and maybe get her prepped for some upcoming shows as well! 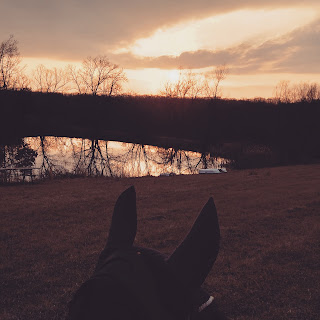 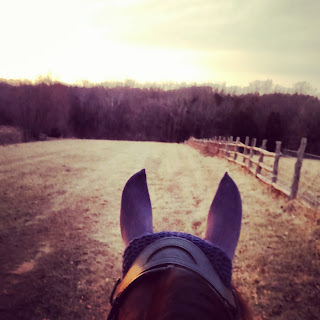 Sunday we got a lot of things done around the property in the morning, including cleaning the barn up (which it desperately needed). It wasn't quite as warm as Saturday, but we made plans to pick up a friend in the afternoon and all go trail riding at Rudolf Bennitt Conservation Area, which was a new venue for me and DH. It was a little over an hour away, so about the same distance as Indian Camp Creek, just the opposite way. 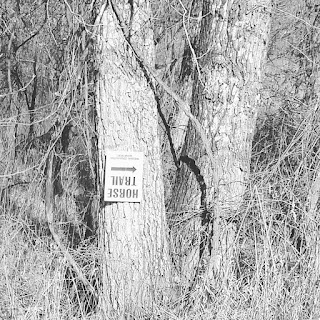 There were things I liked and disliked about both trails, if I were mentally comparing them. I think Rudolf Bennitt will look a lot better in the spring, when things green up, but Sunday it was dreary and brown. We flushed some wild turkeys, which the horses seemed fascinated by. There is a firing range, so the sound of gunfire was occasionally audible. My horses are fairly accustomed to gunfire (DH has a range out back), and the 3rd horse had never been exposed but didn't seem unduly concerned. We only explored like a quarter of the park, but had several creek crossings. Ruby is always a booger about new creek crossings (although once she's crossed them once, she's fine to go back over them), so I think RB will be great to help get her over that. 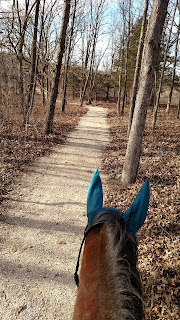 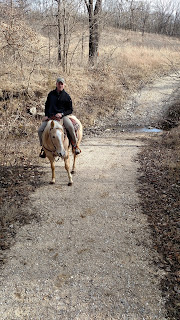 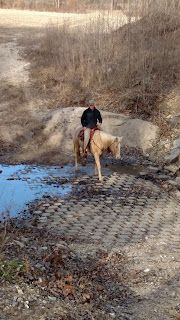 The trails were graveled, and most of them were wide enough to ride side by side, which was fun! There were some good hills (yay conditioning!), and we only saw one other group of riders (I'm sure when the weather is consistently nicer, that will change! I think RB would be a good introduction to off-farm trails for Cinna, and I'm hoping to get her out there on our next state holiday (I find trails are usually quieter on week days, haha). All in all, it was another fun excursion and I always love adding new places to go to my rolodex. 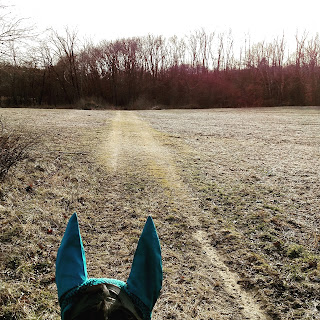 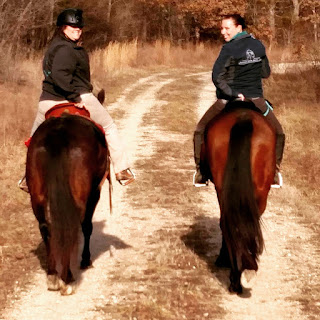 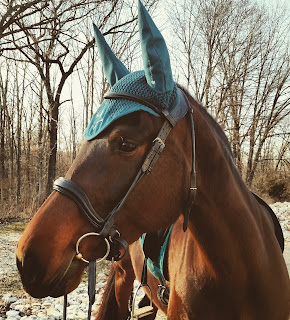