I've been working on a post for the last week about participation in equine organizations, but it's going to have to hang out in my drafts folder a little longer! Mostly because I have no motivation to write deep, thought-provoking posts. So you'll get brief recaps and photos instead. No complaints from the peanut gallery! I kid ;) 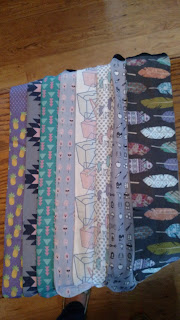 Last week we enjoyed some beautiful weather, and I was able to squeeze in a few good sessions with Ruby! She is shedding like a fiend (although my guys at the house aren't really letting go of their coats yet). One night she let me work on sitting trot for a bit without fussing, and then gave me several nice walk-canter transitions. I did kick myself a little for not hitting the trails a little last week when it was so warm, since the temps dropped drastically over the weekend. 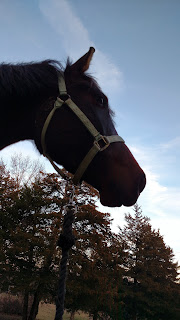 Saturday and Sunday I spent almost every waking moment either at a horse show, or prepping for horse shows, but didn't show myself! Saturday the local equestrian college was offering hunter/jumper classes, so I headed up to go watch Kaity and Leo and her barn rocking the ring! No spoilers, since I'm sure she'll post about it, but I will say that Leo has mad hops and is so cute to photograph. Kaity also gave me a really fun handmade gift that I can't wait to try out and photograph! Also, her barn had a little girl riding a mini in the 2' hunters, and the collective audience basically died from the adorable overload. 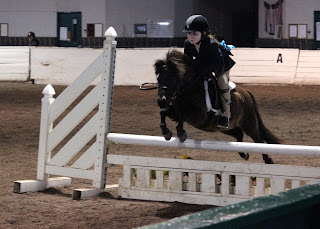 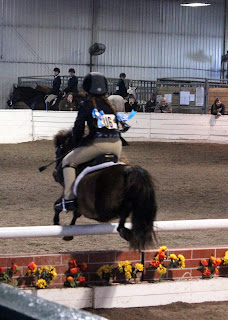 I had to leave before Kaity showed her second horse, Gracie, because I had to get out to the barn to do chores and help everyone get prepped for Sunday's madness! ACS had six horse and rider combinations heading up to show, so lots of bathing and packing was going on! DH and I were driving the second trailer, so I also had to do some cleaning (my trucks look like I basically live in them, which is not conducive to driving other people around, haha).
Sunday got off to a super early start, but we left the barn on time (early even!) and got to the showgrounds and settled in. We had several green horses and several new combinations, along with some experienced show veterans, showing in classes ranging from showmanship, western pleasure, english pleasure, saddleseat classes, and more! I think everyone had a great show, lots of ribbons and smiles were floating around! I photographed all day (I don't even want to think about going through all the photos I took this weekend yet haha), and we managed to get back to the barn, unloaded, and everyone back to their respective houses by no later than 6 pm -- it was a miracle!
Hopefully I will be able to get some fun new media with the Le Mieux set this week, and making a drone video of me riding Ruby (preferably in the field) is still on my wish list! We'll see how productive I manage to be!
Posted by TrainwreckInTeal at 5:00 AM