Alright I'm gonna be real honest with you, this recap is for my... September 4th lesson? God I'm so behind. Anyway, my friend was in town so I dragged her along and actually have media! It was a really great lesson -- are you sensing a theme? There's a theme. I'm enjoying the shit out of my lessons. We're still chipping away at the individual pieces I need for 1st level, mainly lots of leg yielding. The leg yields, naturally, are improving the 20m/10m circles at both the trot and canter (well we're not cantering 10m circles obviously, but you know what I'm saying). 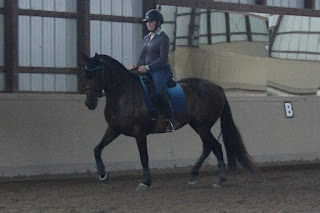 After some really nice trotwork (Ruby is getting more consistent!), we moved on to the canter. Annnnnnd broke at least once a circle because every time I tried to rearrange my body Ruby was like "OMG HUMAN WHAT ARE YOU DOING UP THERE DO I NEED TO SAVE US?" lol. We did have some really nice moments though, including a right lead circle that looking at photos of later like MADE ME CRY. I pinched myself going through these because this is my horse. 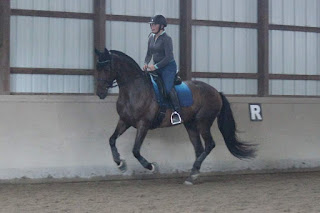 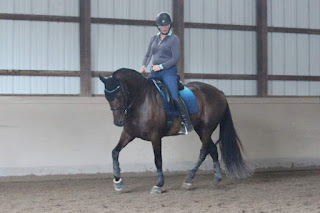 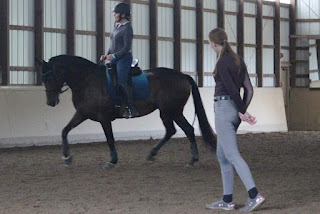 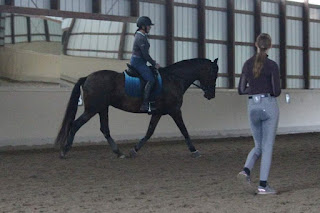 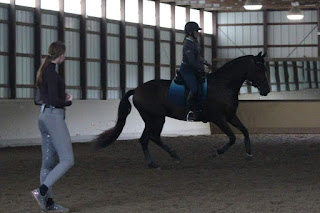 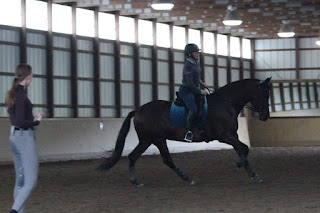 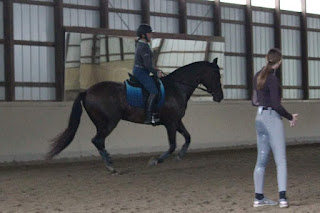 It was also super fun to dissect the lesson on the way home with my friend - she's got more of a western background these days, but there is a lot of similarity in terms of good basics. She has also known Ruby since she was a wee bebe and was tickled at how many nice things my new trainer had to say about her -- including how nice her hind end is and how well she was willing to use it once she understood what we wanted. I think we also inspired my friend to get back to lessons too! She has a weanling, so hasn't been riding much, but last I heard she had called a saddleseat barn to set up a lesson ;) this was also the first time new trainer has really seen Ruby get a little sassy, lol. Not nearly as sassy as she can get at home, but she did turn on the turbo at one point and decide half halts or really any input from me was completely optional, ha. Luckily the attitude didn't last long, and she retained her status as a Very Good Girl through the end of the lesson, when we headed home, tired and sweaty but very happy! That was the extent of our horsey things on the long weekend with friends, the rest of the time off was dedicated to eating way too much food and time on the water!
Posted by TrainwreckInTeal at 5:00 AM