Did Blogger finally throw me a bone and input the photos in the right order? On the last installment? Seems pretty on brand. Sigh. Oh well. Last day to write about! We all got up a o'dark thirty to get T to the airport for her flight :( :( much sadness. But she was heading back to the same winter storm I was, so she definitely had the advantage getting in the air early. Monday I was so worried about the impending weather in the Midwest I was flying back to that I looked into changing my flights but it was going to cost like 2x what my original tickets were and that wasn't particularly in the budget (especially since Cici did me the favor of having $$$$$ dental surgery the day before I left). So I decided to just suck it up and hope they were wrong about the weather - it's the Midwest, they frequently are... but of course, my luck didn't hold, lol. But I'll add that to the end of the post, you want to hear about MAGICAL PONY CLUB WEEKEND drawing to it's conclusion, yes? Yes! 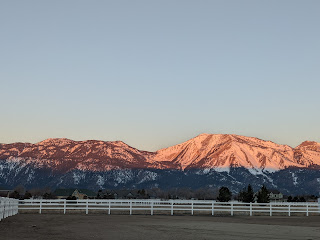 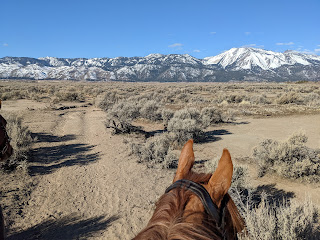 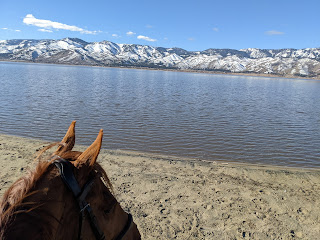 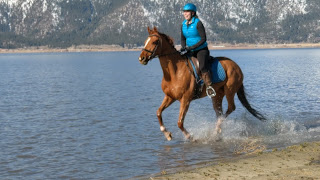 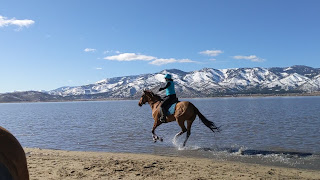 I know videos are hit and miss with blogger/feedly or whatever, but I don't even care, I'm putting them up!
We got back in plenty of time for me to shower, finish packing everything up, and be at the airport uncomfortably early for my flight (because that's who I am as a person and flying gives me serious anxiety lol). While I sat across from my gate waiting for them to actually be ready to board my plane, I was able to at least slap most of the phone photos into each of these posts sorted by day, knowing I'd have to come back and write about them later. As I posted my last set of photos to social media from the airport, the comments started pouring in from people back home about the impending weather -- which was... actually a little annoying. It's not like I had any way of knowing what the weather would be doing when I booked the flights months ago, and it was way too costly to change the flights on the off chance the weather actually happened as predicted, so the comments mostly just continually ramped up my stress about a situation I had ZERO control over. I know people meant well, but jesus christ. Of course, the universe decided this would be the perfect time to punish me for the amount of times I've mocked Midwest meteorologists for getting it completely wrong, and not only were they right, but my second flight (Denver to STL) took off over an hour late, putting me back at the airport right as the weather took a significant turn for the worse, womp womp. The predicted storms were going to last for more than two days, and I couldn't get stuck in STL when DH had to be at work, because if they kept him over at work (which definitely has happened in bad weather if they don't have enough people to cover shifts), someone would have to be home to feed the animals.
So I gritted my teeth and climbed in my car and headed west. The first half of my drive was mostly rain, and I made okay time, but the second half changed to freezing rain and then torrential snow. The last 20 miles of highway it was blowing snow so hard I could barely see, and only had a rough idea of where the highway was based on mile marker signs periodically. I thought that was bad, but then I got off the highway for the last 6 miles to my house - NO ONE had been on the road since the snow started, so it was just a vast expanse of white in every direction. I crept along slowly, mostly relying on muscle memory (from making the drive to my trainers so often, who knew that would come in handy like this lol), and driving from mailbox to mailbox as I could make them out (in a rural area, that was not often). I have driven through a lot of shit weather (including hail and a near tornado in IL on my way to Rolex in 2017 and about a billion snowstorms) but this was a level of white knuckling it I'd never experienced. I kept counting down the miles trying to hype myself up to keep going, and I'm not ashamed to admit I definitely sobbed through the last mile. I have never in my life been so glad to pull into my own driveway - what is normally a breezy 1.5 hour drive definitely took almost 3, and I rolled in close to 3 am (and had to work that morning, VERY POOR SCHEDULING ON MY PART). I texted everyone waiting for an update that I made it safe, yanked out my contacts, and crawled into bed. And then promptly spent most of the rest of the week recovering and trying to make up the sleep, lol.
So not the most advantageous end to what was probably one of the best trips I've ever taken, but hey, that's life! At least I have all the photos and videos (I am STILL making IG reels #sorrynotsorry lol) and memories of an amazing weekend with some of my best friends and ponies! <3
Posted by TrainwreckInTeal at 5:30 AM