You already know what I'm going to say. BACKWARDS. Oh well. Monday was our last full day together - T flew out at the ass crack of dawn Tuesday, and my plane left midday Tuesday, so we planned to pack as much fun as possible into Monday. While I was flying out the previous Thursday, T and Renate had gone out riding in the hills, so I demanded they also take me up in the hills (because at that point we'd mostly been riding down to the lake - which was AWESOME, but I wanted some killer views). So Monday we planned our day around that. T ended up being a little busy in the morning, so Renate and I planned for me to take photos of her dressage school that morning! Every photo was beautiful - not only are Renate and Vesta absolute baddasses, but the scenery *swoons*. A few of my camera photos at the end! After she wrapped that up and we had an early lunch, we headed for the hills! Renate was kind enough to let me ride Vesta (because she wanted to ride Gatsby). 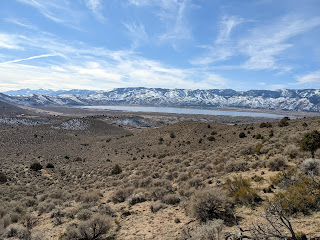 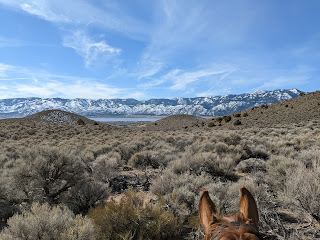 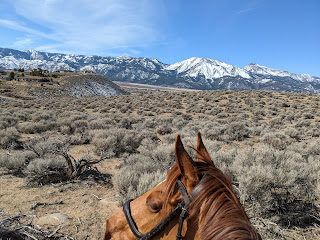 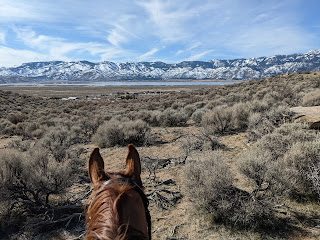 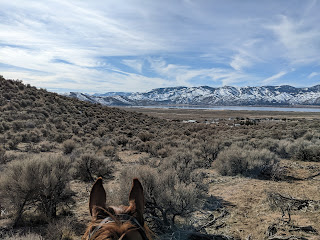 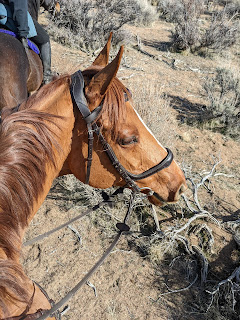 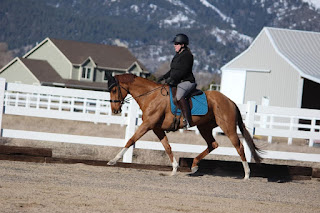 We had a lovely dinner that evening and then we stayed up probably later than we should have. Some of it we just spent sitting in silence, but it was that lovely kind of together-ness silence that you have with good friends, where words aren't necessary, just the pleasure of each other's company. None of us wanted to go to bed because that meant our magical pony club weekend was drawing to a close :( It's still so magical to me that I could have a weekend like this with people I've only met a few times in person but talk to every day.
Posted by TrainwreckInTeal at 5:00 AM