Both days, I had afternoon rides near the end of the show day (between 3 and 4 p.m.), and our group also had rides starting around 7 a.m., which made for some long days! It didn't even occur to me NOT to show up for the early rides, since those riders are frequently the ones reading for me and helping out, so I wanted to do everything I could to support them too! Obviously they didn't need readers (and I'm terrible at that anyway lol) but I could carry a rag and water bottle, and film their tests, etc. etc. 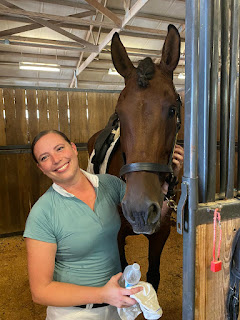 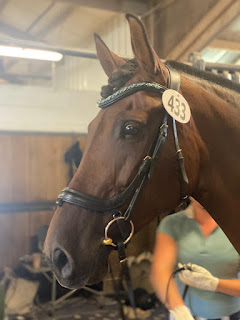 The tests themselves were okay - nothing spectacular, but my brain did stay mostly functional so I'll call it a win! At this point the details are hazy - I know TrainerB was there for part of at least one of my warm ups... possibly both?  Not sure if she saw my tests or not (we had sooooooo many riders and ride times spread across both rings!). Both tests scored in the neighborhood of 57% and change. We definitely didn't produce the work we're capable of in lessons, and had some issues with breaks at the canter and then Ruby completely flipped me the bird in our first leg yield in test 2 (which I'll take responsibility for, I'm sure it was my fault in some way lol). Our lengthenings didn't have much energy (to be fair, neither of us did haha), and my geometry is always questionable. But considering the summer we had and the lack of prep work leading up to the show, I'm not mad about any of it. I think we did about as well as could reasonably be expected all things considered. When TrainerB checked in with me later, I told her I made decisions throughout the entire test, even if they weren't always the right decisions, which was my goal. So yay for attainable goals! haha

Photos below are all by Bethany P Photography and used with purchase! 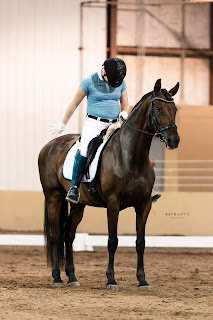 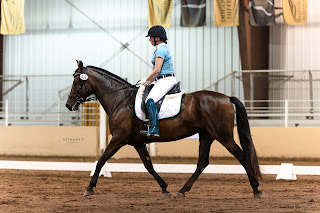 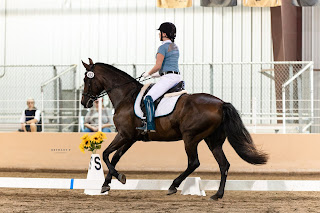 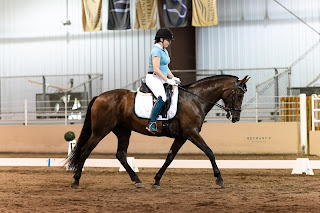 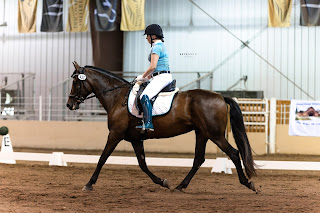 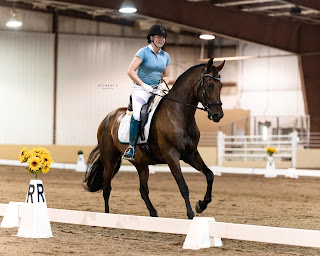 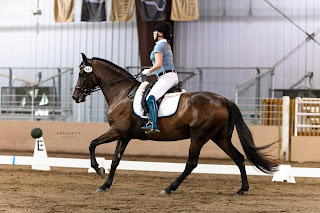