Saturday night I slept slightly better than Friday night (but only slightly), so the earlier wake up call on Sunday wasn't too bad. I watched our early rider, then took Ruby out for a few minutes of grazing before it got super hot. 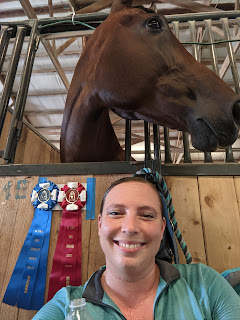 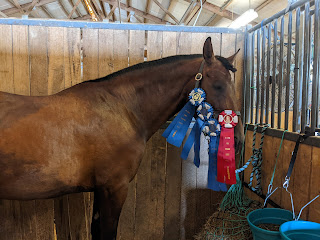 All photos below from Bethany P Photography and used with purchase.
And then our final ride was in the big ring - we were the last ride of the day in there, and I ended up going quite a bit early to let the show finish ahead of schedule. We were already pretty warmed up from our first ride, and honestly a longer warm up wasn't going to do much besides tire both of us out. 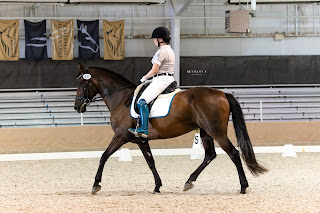 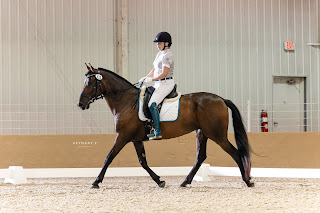 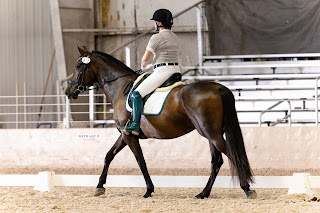 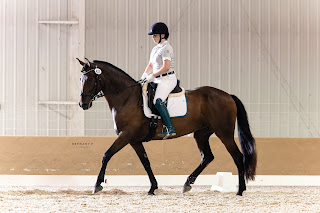 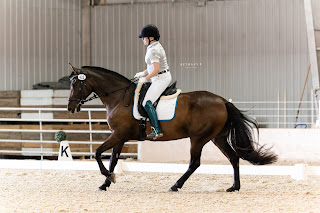 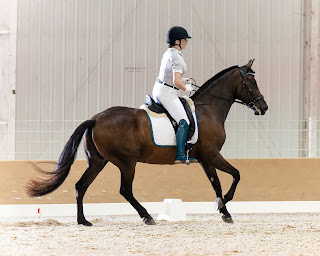 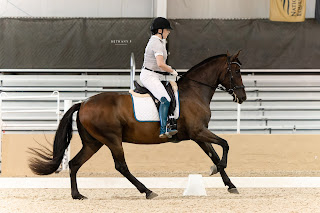 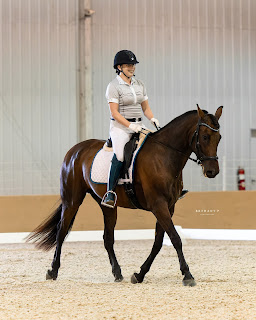 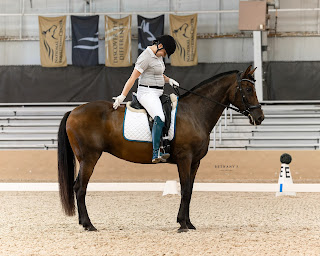 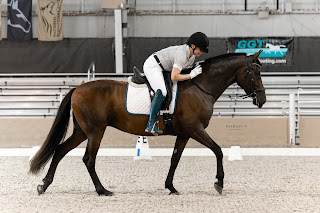 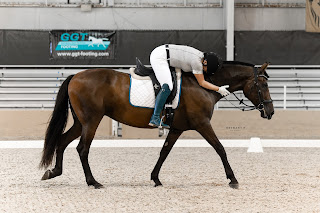 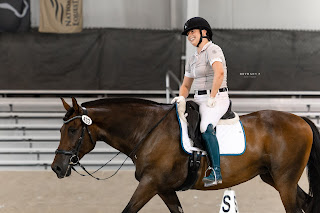 This ride actually scores like identical (to the third decimal place 🤣) as the first-two test from the day before under the exact same judge, so we were nothing if not consistent hahaha. I cried again walking out because I was just so damn proud of us for DOING THE THING and for my brain to be at least MARGINALLY functional.
TrainerB even commented during my warm up and then later that I seemed far calmer this show, so I'm glad the work on the mental game is paying off a little -- still SO much more to work on but I'll take the baby steps right now! And over the winter, plenty of homework so hopefully next year we can focus more on the showing and less on the surviving 😁
Posted by TrainwreckInTeal at 5:00 AM