BA Moonstone came into my life the same summer I met my DH. I was a regular Craiglist browser by that point, and stumbled across an ad for a beautiful blood bay half-Arabian with extensive show experience for only $1,000. 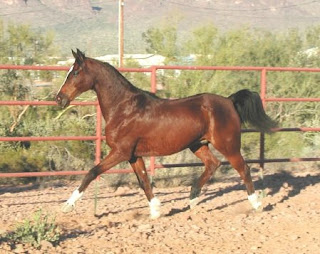 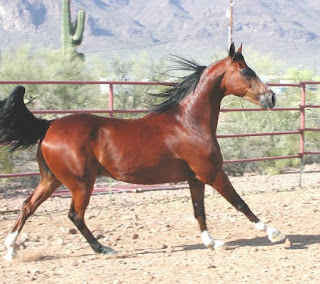 My first reaction to reading the ad was disbelief, but I quickly scrolled past. And then it popped up a few days later. And then again after that. I couldn’t believe that a horse that sounded (and looked!) that good wasn’t snapped up at that price, and finally my curiosity compelled me to call and set up a time to go look at him. I needed another horse like I needed a hole in my head, but I had a friend who was casually searching for a dependable first horse and I thought he might fit the bill. 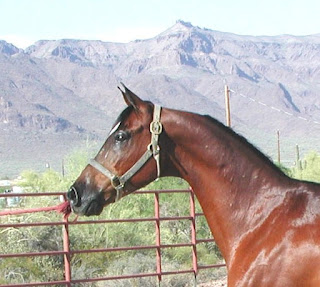 I was beyond shocked when I showed up to a farm filled with skeletal horses and a wretched, scraggly-coated dispirited pony in place of the fiery steed pictured in the ad. I had driven 3 hours to try him out, and the owner cheerfully tacked him up while telling me how much better the horses were looking after the “hard winter” (it was JUNE). I mumbled apologies under my breath as I gingerly climbed aboard and promised him I’d get him out as soon as I could. Life interfered a little and it took some time to arrange transport and quarantine, but by July he was settled on a 30 acre hay field (living in a round pen until I could safely transition him onto the grass). His previous owners called him Moony, which I thought was a ridiculous name, so he became Jasper (or Jazz). 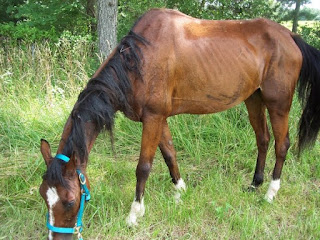 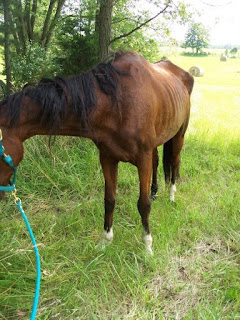 He gradually regained weight and a sparkle in his eye, and soon became a barn favorite when I moved him to Fulton to join Jack (they quickly became BFFs/lovers). He loved to show off, and seemed to particularly enjoy pulling shenanigans in front of the largest audiences he could -- one particularly memorable day I attempted to squeeze in a quick ride on a beautiful fall day when prospective new boarders were touring the barn as well as some lessons. My DH tactfully asked me if I thought it was a good idea to ride without lunging him first, and I blew him off. Clearly, this was the best day ever for Jasper to show off his favorite trick of rodeo broncing in a manner that made his neck completely disappear from in front of you. Needless to say, I ate serious dirt (and crow!). 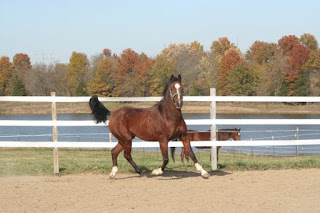 After we purchased acreage, I figured it was time for Jasper to enter semi-retirement as a pasture ornament, as he was in his late teens by that point and had bounced back from several neglect situations (apparently the people I got him from had originally acquired him from a rescue). Jasper had other plans -- after he made his displeasure with “retirement” known, I leased him out to a local lesson program, where he fell in love with one of the barn families (a mom and two young daughters). The day I officially handed over his lead rope permanently to the girls (complete with a big red bow and many tears!) was one of the happiest days of my life. 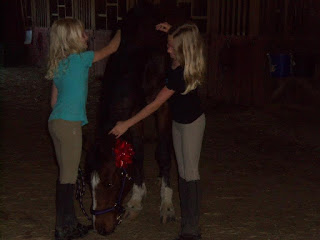 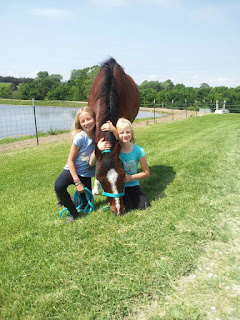 He spent a few years teaching them the ropes of competition, and then as the girls advanced in skill and moved up to more difficult horses, he became the mom’s trail horse. He is living life in the lap of luxury at their farm, where he is spoiled rotten. I’m so grateful to be able to keep in touch and still see updated photos of him, and know that I never have to worry about him ending up like he was when I found him. 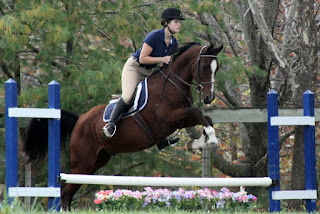 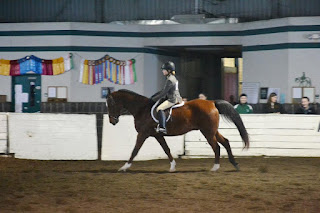 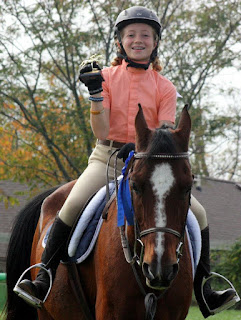 This photo was taken about a month ago, and never ceases to make me smile! Carrie, God bless you and your family for being exactly what Jasper needed. 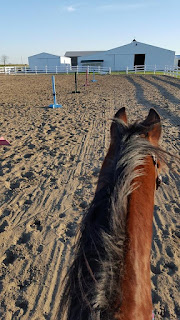 Posted by TrainwreckInTeal at 6:14 PM