Aside from Ruby, the other horse that will probably be featured prominently in this blog is Cintia Memoria MLA, also known as Cinna, the Cinnamonster, Cinnabon, etc. 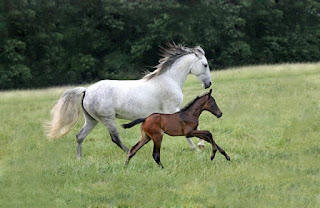 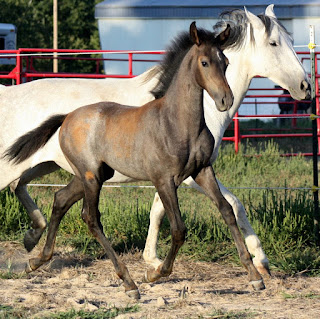 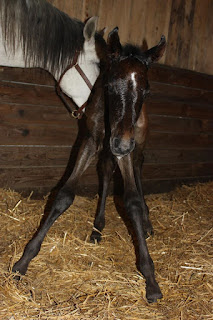 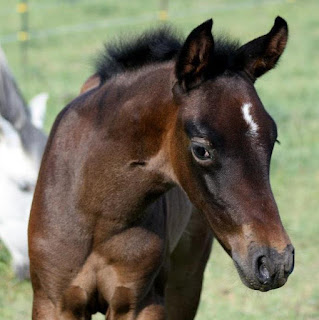 When I originally bought Tres, I kicked around the idea of breeding her. I decided I would aim for a foal in a few years after she had proven herself under saddle. Being extremely Type A, I decided to start a stallion list, just in case. I figured that would give me plenty of time to follow stallions in their riding careers as well as see a few year’s worth of offspring before I made a decision. I enlisted the help of friends and pored over websites and photos and videos, compiling a short list of stallions. My favorite stallion was Fugitivo XII, and I regularly visited his website to check for new media and follow his offspring. In January of 2011, I saw that he was being featured in the Horse Coupon Book Season of Excellence -- an essay contest to win a free breeding. As someone employed in the field of communications.... can you say, fate? 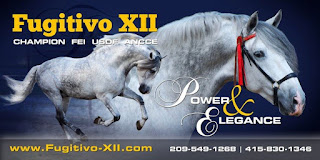 Naturally I polished off my essay skills (a bit dusty from disuse after graduation) and wrote a killer piece, submitted it, and then prayed! The first round of the contest was decided by public votes (counted using Facebook likes on a photo you submitted with the essay underneath) -- so I galvanized my extensive social media network and hounded my friends daily to vote for me. The top 25 essays were judged by a panel -- and I made that cut! The day they announced the winner, I was a nervous wreck. I went out to dinner with DH and some friends, trying to distract myself. That plan failed miserably, as I sat glued to my phone, refreshing the page anxiously. When results were posted, my essay scored second... by 1.56 points. I think I would have been less disappointed if I hadn’t even made the top 10, but to lose by such a narrow margin was heartbreaking. I turned off my phone, and tried to focus on dinner. 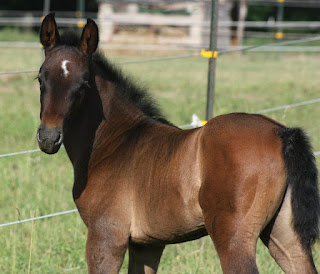 During the contest, I became friends with Fugi’s owner, and we had already made arrangements for a future breeding even if I didn’t win, so I knew I would have my Fugi foal someday -- it would just have to wait until I could save up a little more money. After dinner, I picked up my phone again, finding several congratulatory texts and Facebook posts. I was baffled -- did people not understand that coming in second got me a whole lotta nothing? 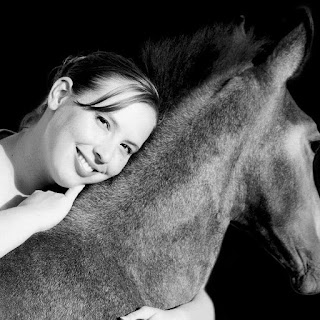 I was dejectedly scrolling through my newsfeed when a post from Fugi’s owner caught my eye -- shortly after the contest results were announced, she posted that she was so proud of my hard work and having done so well that she was going to give me a free breeding anyway. I can’t even begin to put my emotions in that moment into words. There was some jumping up and down, some wordless screaming, and then crying -- all to the amusement of the crowd in Waffle House at 1 a.m. (we stopped for a pick-me-up piece of chocolate pie). 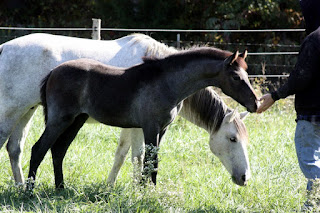 The months after that were a whirlwind -- Tres was bred by a local clinic, and I spent the next 11 months working my way through a stack of books about foaling and coming up with Spanish names. I couldn’t have possibly had a better experience with my introduction to breeding and foaling. Everything from the pregnancy to the delivery was textbook. Everyone kept telling me I’d miss the birth, but Tres kindly waited until I was home from work then delivered at 6:15 in the evening, with her head in my lap (as my mom and I filmed and took photos). Mad props to my friend Erin, who was working as a breeding manager at the time -- and got the fun experience of fielding my frantic and frequent questions... haha. 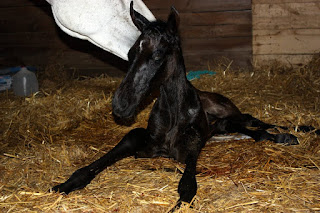 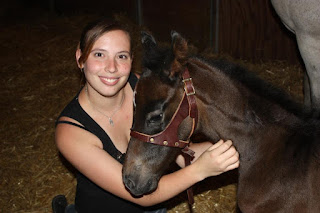 I had several different possible names picked out (depending on gender and personality), but in the end, there was only one option. Cynthia -- the beautiful soul who sold me Tres and Topaz, who watched as Tres blossomed in a training program and surprised us all at Nationals, who let me bounce stallion ideas off her and gave me all the details of Tres’ previous pregnancy, and who was so looking forward to the birth of this foal -- lost her battle with cancer just 3 short weeks before Cinna’s birth. Cintia Memoria is Spanish for Cynthia’s memory -- and every time I look at Cinna, I think of the woman who made so many of my dreams come true, both directly, and indirectly. 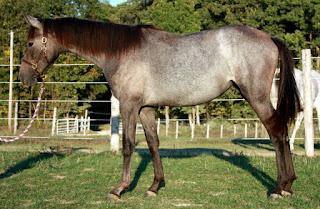 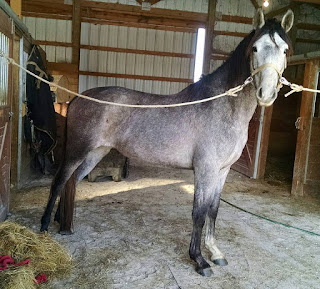 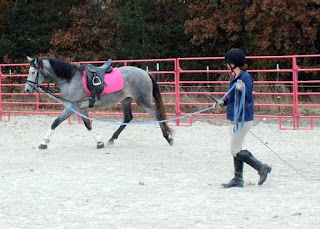 From day one, Cinna has been an opinionated sassypants character -- something I really look for in an equine partner. I might experience endless hours of aggravation, but the eventual breakthroughs and successes are that much sweeter. If I’d been more on the ball with this blog, her post could have been on her 4th birthday (May 17), but alas, I didn’t plan well enough. She was lightly started last fall and then had the winter off to continue growing. With the completion of our arena, she has been in much more regular work when the weather cooperates (which, in Missouri, is approximately 40% of the time). 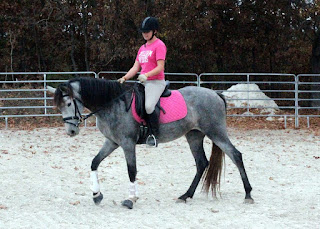 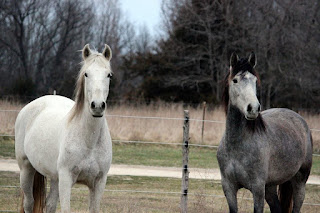 My goal is for her to make her dressage ring debut sometime this year -- hopefully you’ll enjoy following along on our adventures! 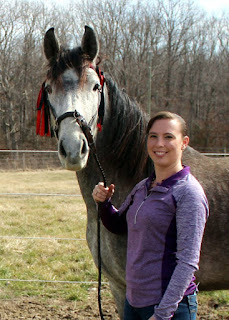 Posted by TrainwreckInTeal at 5:03 PM