I guess the simplest place to start is with an individual post for each of the important horses in my life – chronological order seems logical, so we’ll go with that! I already gave you the bare bones on Jack in my introductory post about myself, but telling you more about him gives me the excuse to inundate you with some of my favorite photos, so here goes nothing. 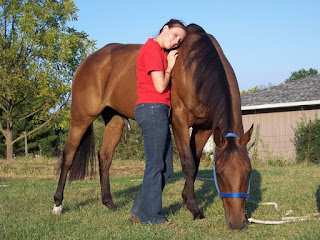 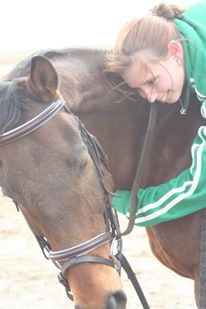 During my high school years, I desperately wanted my own horse. My poor mother put up with repeated bouts of begging as I badgered her with whatever latest and greatest newspaper or online ad I’d found. The answer was always no, no, and more no. One day, I made a trip to a local farm supply store with a friend and, as per usual, stopped to peruse the bulletin board. While I couldn’t tell you exactly what the ad said, it was very generic – 11 year old bay Thoroughbred for sale, $400. I pulled a number tag and presented it to my mom when I got home, fully expecting her to toss it in the trash, like she had with so many other numbers. Instead, she reached for the phone. Before I could really process what was happening, we had an appointment to meet “AJ”. 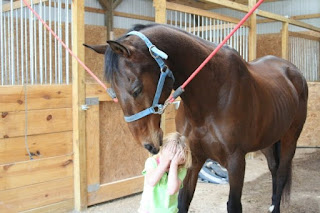 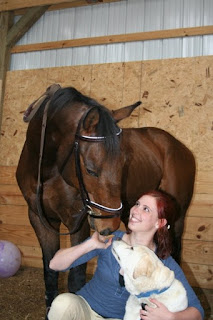 He was owned by people who were obviously not horse savvy, and had been living in the equivalent of a small round pen for 7 years after coming off the track as a 4 year old. Years of improper handling had given him a lot of bad habits on top of less-than-stellar conformation, and to no one’s shock his PPE indicated that he was not an ideal candidate for a horse-crazy teenager with more bravado than practical experience. But some things are just kismet, and AJ (promptly renamed Jack), eventually came home with me. 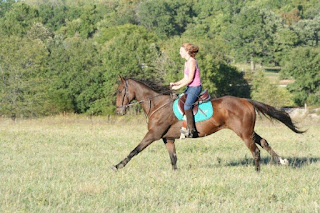 Jack was a quirky individual from day one. He loved Coca Cola and cheeseburgers, and would cheerfully mug you for a bag of white cheddar cheese popcorn. He would jump anything you pointed him at, no questions asked, and adored swimming. His favorite part of cooling off in the pond was the chance to dunk his nose into the water and spray like a dolphin. He was the first horse I ever fell off, and also the first horse that I made a voluntary dismount from (although I can’t necessarily recall him ever actually bucking me off). In his first few days with us, his only two responses when you climbed on board were to stand straight up, or to run backwards. 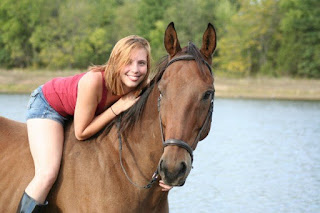 He eventually got over most of his bad habits (although it took months to be able to lead him without a shank and a crop, the results of being handled without a lead rope for 7 years and having no concept of personal space) and was a fun little horse to dink around on and an absolutely fearless trail horse. We showed once as a hunter (although apparently doing 6 stride lines in 5 strides is frowned upon) and he won me a handful of ribbons (none of them blue, obviously!). A friend successfully schooled him up to 3’6”, but he never did make it to a jumper show (one of his many quirks was a bipolar attitude towards horse trailers - either he climbed right on, or he wasn’t getting in that scary death box for love or money). He roared like a freight train and was an impossibly hard keeper, teaching me more about equine nutrition than I ever wanted to know! 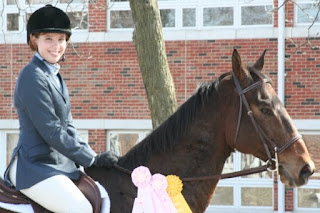 For all of the lessons that he taught me and all the tears he let me cry in his mane, Jack has a home with me for life. He turned 21 this month, and is as full of piss and vinegar as he was when I climbed on him bareback in that round pen the day I met him. He is mostly retired, but he still loves the occasional trail ride with his BFF Trigger. He still sports his trademark “look of eagles” and I will never get tired of seeing his noble head hanging out of a stall in my barn. 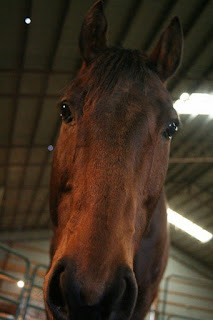 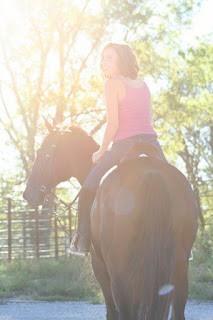 Posted by TrainwreckInTeal at 7:24 PM