Here we go, finally something more relevant! La Malinche, affectionately known as Ruby, is a 5 year old Azteca (3/4 Andalusian, 1/4 Quarter Horse). She was bred in California and came to live with me as a yearling. I’d always had mature adult horses (well, Topaz was 3 when I got her but she looked fully mature), and when she stepped off the trailer looking like a very hairy yak with her rear end a good four inches above her withers, DH looked at me and said “what on earth have you done?” Lucky for me, her transformation into a beautiful swan was quick, and she soon became one of his favorite horses.
I really enjoy that particular Andalusian/QH cross (same percentages as Topaz), and Ruby is no exception. She is incredibly athletic and intelligent, and her looks are just icing on the cake. She had extensive experience in hand before I started her under saddle training, attending many local fun shows for halter classes and then spending hours tied to my trailer. 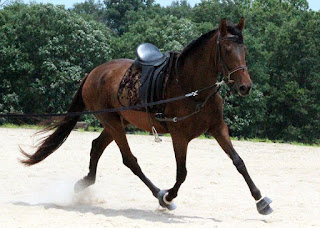 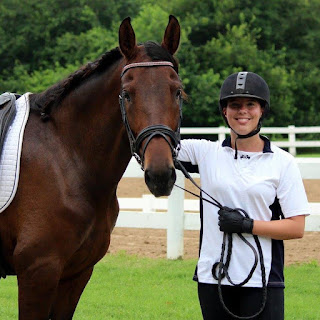 When she was 3.5, she was lightly backed and had a few rides over the summer. A few months later, my primary show horse came up lame, and so Ruby got my undivided attention. With only a few weeks of consistent work under saddle, she totally blew me away by putting in an absolutely stellar first show - we showed once on Saturday and twice on Sunday, netting scores of 63%, 67% and 69%! 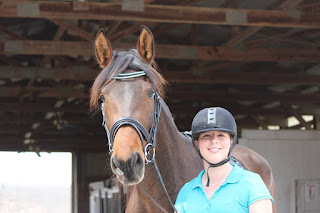 As a 4 year old, she continued to impress -- we went to almost every schooling show within a 120 mile radius of my house, showing heavily from March through November. Ruby took every new venue and experience in stride, eventually bringing home several year-end awards. She was Intro Level Champion for both our local GMO and the state show organization (MHSA), reserve state champion Intro percentage score, and her scores (along with Topaz's) also helped me attain the distinction of being the 4th place adult amateur for the dressage section in the entire state. I set a grueling campaign schedule for myself last year because I was trying to get over crippling show anxiety, but bringing home some fun prizes at the end of the year was a nice bonus! 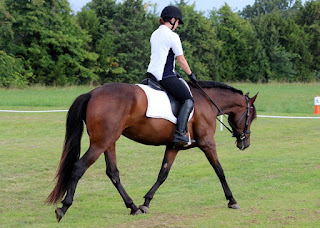 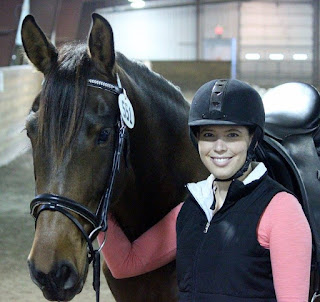 After a long show season in 2015, I decided to let Ruby have a fairly easy winter. She decided the best way to thank me for that was to develop a very nasty corneal ulcer and then eventually keratitis, so she had more time off than I anticipated as we tried to heal her eye. After 4 months of treatment (and I don’t want to think about how much money) she is all healed up and gradually regaining her fitness. ACS has an extensive network of trails and fields that are perfect for conditioning! We did make a foray into Training Level at my GMO’s spring show, but I hadn’t prepped enough and it was a little too much too soon -- so this summer is back to basics and perhaps we'll try again this fall. 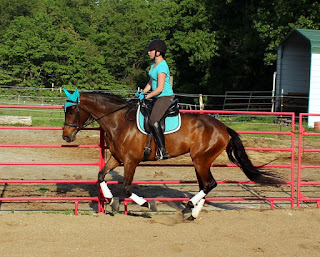 We’ll be starting regular lessons by next month, so hopefully I'll be able to blog about solving some of my training/riding issues (God knows there are a plethora!). This weekend we are participating in a clinic with Elizabeth Wallace, so look for a blog on that next week. Not sure if there will be much media, the facility hosting the clinic has a very dim indoor, so photos are next to impossible. 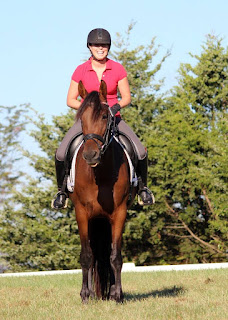 I think my favorite part about Ruby is that she is the first horse I have trained completely by myself. On one hand, any holes in her training are obviously my fault, but on the flip side -- all those great tests, nice scores, and lovely moments? Those are mine too. I am so appreciate of Ruby's tolerant attitude and willingness to put up with my shortcomings while still making progress. She is worth her weight in gold! 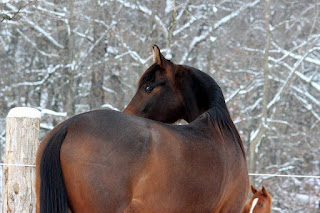 Posted by TrainwreckInTeal at 6:17 PM