Topaz de Plata: Making Me the Rider I Am Today

I could write an entire novel about Topaz and how she changed my life, but I’ll do my best to make this post short and sweet (well, as short as I can, considering how verbose I am!). Topaz was three when I purchased her, and calling her halterbroke would be generous. She was the product of her previous owners multi-year breeding program aimed at producing a good-minded all around horse with an affinity for dressage -- and that was Topaz in spades. 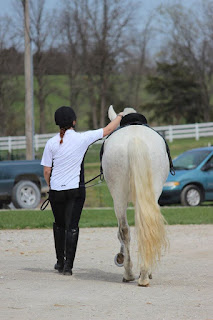 Despite being a 1200 lb, 16 hand “baby”, she immediately settled in with us and started learning her manners. She was lightly started under saddle the spring she turned four with a brief hiccup -- the removal of a mast cell tumor from her lip (that probably merits it’s own blog post as well).
After recovering from surgery and getting back to work, she successfully showed in her first few dressage shows that fall, as well as clinicing with Pierre St. Jacques. At that time, I wasn’t riding very much (a combination of gaining 30 lbs working my first office job, and dealing with some job-related stress and clinical depression), so Topaz was being trained and shown by a local dressage rider while I got to play the role of doting owner, trailer driver, and photographer. For that point in my life, being the sidelines cheerleader was a lot of fun, but it wasn’t long until I was itching to get back in the saddle myself.
When her previous rider graduated and moved away, Topaz was at loose ends for a bit and hung out in my pasture getting fat (no joke, we called her the great grey whale!). In the fall of 2012, I decided that it was time for me to get off my butt and get back in the saddle. I set some early 2013 New Year’s Resolutions that included losing my “office weight” and starting riding lessons. My first dressage show with Topaz was in March of 2013, and I’ve been hooked ever since.
Topaz successfully carried me through more dressage tests than I can even remember, patiently packing me along even when I would completely freeze up and completely lose all coordination. She helped me overcome crippling show anxiety, and we eventually moved up from Intro to Training Level (which serious DQs might laugh at, but for us was a huge milestone). She won me my first blue ribbons and co-won my first year end awards. She was my go-to ride on a bad day, with her effortless rockinghorse canter and a sitting trot that was smooth as glass. She was the tolerant horse who let me doll her up with glitter and a unicorn horse and swing a leg over while dressed in my prom dress for a costume class. She was the living embodiment of the meme “Tell a gelding, ask a stud, discuss it with a mare” -- but even on her most obstinate days, she was my rock. We overcame some ridiculous and bizarre injuries and mystery lamenesses, and one of the proudest moments of my life was finding out that she was the 2015 Training Level Champion for our local GMO, and ranked 4th overall in the state (not bad considering we started the year pulling in 4 scores under 50% when she was dealing with some undiagnosed ulcers). She was a fearless trail horse, rocked the local rail classes (including bareback and western pleasure classes in my Spanish saddle), pushed cows at the neighbors, and even popped over the occasional crossrail for me. 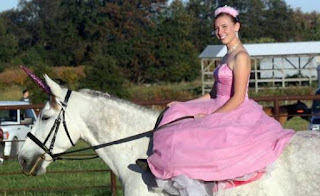 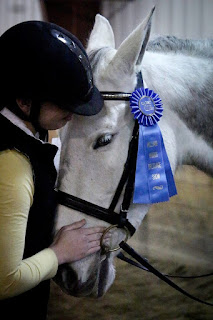 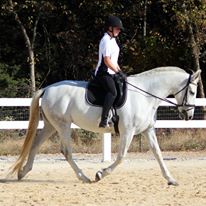 Gradually, my rides on Topaz became fewer and far between as I focused on bringing up my youngsters. As with Tres, I had to come to terms with the fact that I wasn’t using her to her full potential. My initial plan was to try to lease her to someone locally, but, as fate would have it, Tres’ buyer was interested in trying both girls. After riding them both, she couldn’t decide, so the girls left me like they came to me -- together. Selling Topaz was probably the hardest thing I’ve done in my life. I cried for weeks and still miss hearing her nicker when I pull into the drive. But I know I did the right thing, and I love seeing updates of her enjoying life to the fullest in her new home. 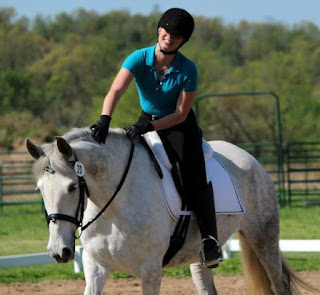 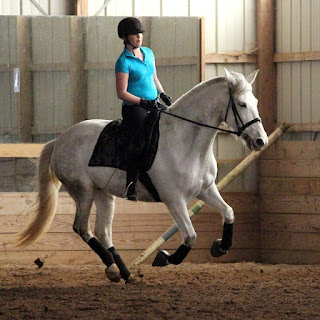 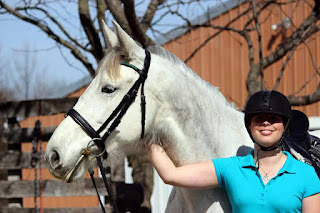 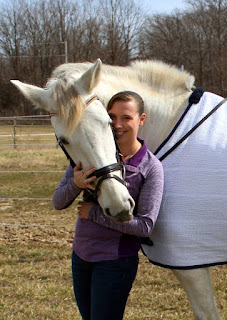 This probably is one of my shortest "background" posts, and that's because if I really get going, I could write pages. Topaz changed my life in every way, and I still think about her every day. But I know how spoiled she is and I can't wait to see how far she goes with her new owner! 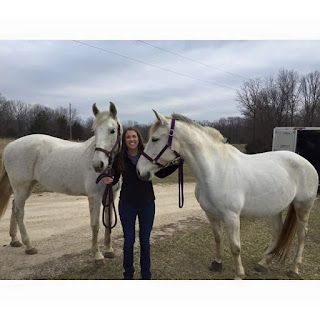 Posted by TrainwreckInTeal at 7:00 PM