Well, I've given the post I had drafted about Monday up to the Facebook gremlins -- I doubt it will ever be recovered! Which is actually fine, because in thinking about the rewrite, I actually have a theory. But let me back up and start from the beginning. Monday I had great intentions to be super productive, so I hurried home from work and saddled the baby horse. She started off great on the lunge, but then was kind of an idiotic giraffe under saddle. I was baffled, because the bit and bridle are the same ones I typically use (I have three bridles set up for her right now with variations of French link snaffles, trying to find one that she likes, but this is the main one). When she started giraffing, I tried variations of different amount of contact, ranging from absolutely none (on the buckle) to more than I've ever used with her (still probably less than a real dressage rider, haha). Nothing seemed to change the amount of giraffing, so I ended the ride a little perplexed. 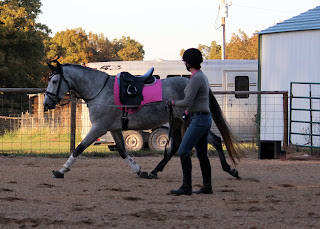 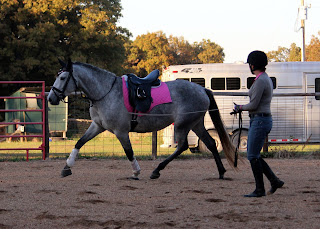 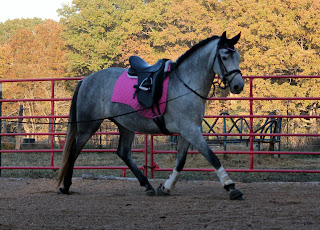 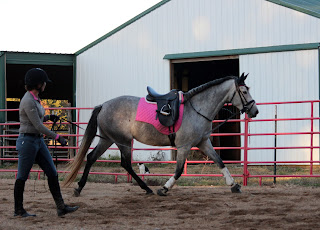 Aside from that, everything else went relatively smoothly. Steering and stopping were on point, and we only had one head fling in a downward transition. During several situations that could have ended poorly (neighbors dogs popping through the fence and our newest half-tamed feral cat running around the arena), she looked to me for guidance instead of panicking and baby flailing. She picked up both leads and damned if the left lead canter didn't leave me grinning like an absolute fool with how floaty it was. She also stood pretty well for me to get on, so at least we made some progress towards our October goals! But the head swinging thing had me confused and also annoyed, since you know, I just dropped off entries for her first under saddle show. In a week. 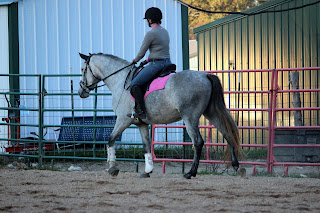 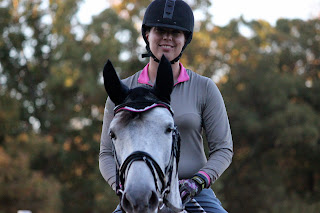 However, upon further reflection... one thing did change this ride -- I had DH running braid her mane. Partially because it annoys me that it falls on both sides, and partially so she would look better in the photos (so vain, haha). But now that I think about it, she's never worked with her mane braided. It was fairly loose (he was in a hurry), but I imagine it still might have been a sensation she wasn't used to? The only reason that even occurred to me was because SprinklerBandits posted this past summer pondering whether tight braids increased the tension she had to deal with at shows. So now I kind of want to ride Cinna again this weekend (without braiding) in the same bridle, and see what I get. It's possible that I'm insane and she was just having an off day. But if for some reason she was uncomfortable with the braids, I'm glad I found that out now and not the day of the show! If it is the braids, I forsee a LOT of work in braids this summer.... My fingers are cramping just thinking about it. On the plus side, the show in a week is a schooling show so braids are optional. 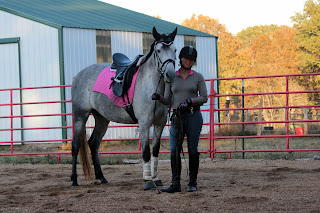 The rest of my week was less productive than I'd hoped, because later Monday night I stepped on a thumbtack barefoot and ended up with it embedded pretty much flush to my skin. Thankfully mom was over for dinner and was able to pry it out, but that kind of put a damper on pretty much everything that involved me being on my feet for the rest of the week. I guess the silver lining is that my tetanus booster is up to date, so at least we didn't have to add that to the pile! 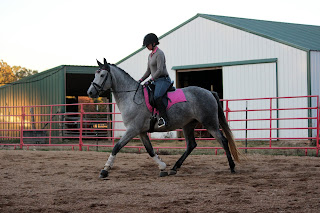 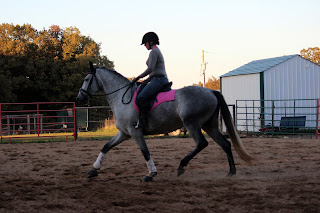 Wednesday was a walk work only day for Ruby, because I was grumpy and not feeling well. Of course, her walk is so much fun and we played with some lateral work and TotF so by the end of the ride my mood was much improved. 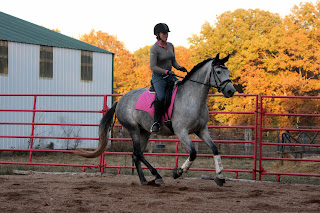 Thursday I got a fun package in the mail from Riding Warehouse (details to come later), and also scored what I am hoping will be my new show boots (mighttttt have already posted a teaser on IG haha). This weekend we are supposed to have unseasonably warm and lovely weather for the Haunted Hunter Pace I'm participating in, so hopefully I will have lots of fun content and media for you next week! 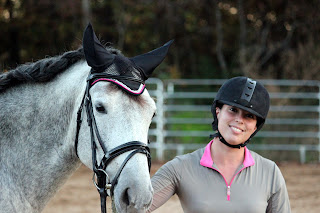 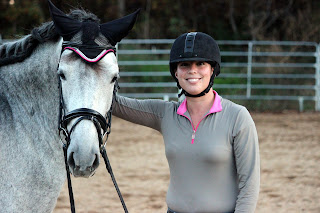