Because I'm nothing if not a glutton for punishment, the next big project up on my agenda is renovating the tack shed. I was scrounging around for old photos of the tack shed and realized hey, I already blogged about it's construction and my tack obsession (which gives you more of an idea of the original layout)! Based on that post, I'm assuming we built the shed in the summer of 2015 (time just blurs together any more). Over the last five years, it's gotten quite a bit more... crowded... than it started out. I dug through the archive of blog photos so you could get an idea, haha. 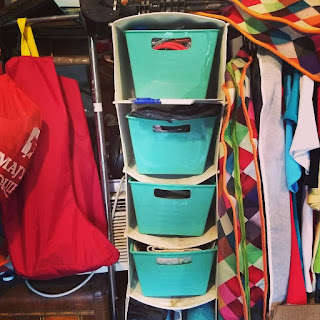 Once we moved most of the antique furniture out of it and into the house, things got a little better -- except the (water damaged) buffet and grand piano are still in there. Baby steps! The appraiser is supposed to come look at the house today and once he's done, those pieces can move into the guest bedroom to start acclimating to the climate before I start working on them :) DH finally has his enormous garage, so I am slowly shuffling his things out of my shed and into his garage -- he's a little grumpy about it but after 5 years of sharing this tiny space, now he has an enormous garage plus like 4 other sheds, so he's just gonna have to deal. 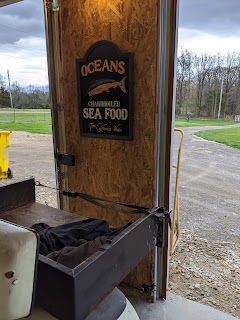 That means it's time to FINALLY FINISH OUT MY TACK SHED. I saved the leftover vinyl plank flooring from the house, so that's what I'm using for the floor (hey, its free). It's also very durable, stands up to temperature fluctuating from like -20 to 120+, is waterproof if I track in mud, and it cleans up nicely :)
There is a super basic type of insulation in the shed already, but since I plan to put in a unit to heat/cool it, I'll be adding additional insulation.
I already run a dehumidifier in there (because there is literally nothing worse than moldy tack!) but I am tired of it being a sauna in the summer and an icebox in the winter - so voila! I was looking into putting in one of those little contained units (like in hotels) but since it's a little under 200 square feet, even those were wildly overkill. But this should more than suit my needs, and bonus, it's cheaper than I had budgeted for. I don't need it to run all the time, but it would be nice to have a bit more control over the temperatures :) DH can have his climate controlled garage for hanging out, I'll have my tack shed! 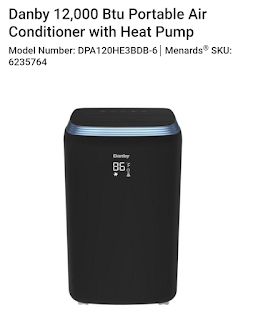 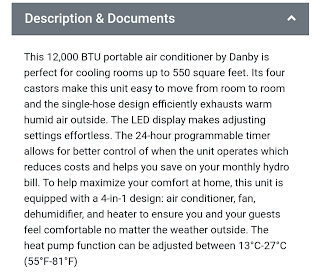 I browsed a lot of paneling for the walls before I settled on the one below (well, I'm settled on it FOR NOW, but we all know how frequently I change my mind haha). I had originally been leaning towards one in cedar, since we have a ton of cedar accents in the house, but then I didn't want it to be too dark combined with the floor. And of the two, I'd prefer a dark floor over dark walls, if I can only have one or the other. And as Jen so helpfully pointed out, the white will make lots of teal accents pop more ;) haha 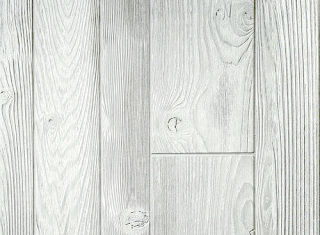 And then we get to lighting. Here's where my train derailed and I started having WAY TOO MUCH FUN. 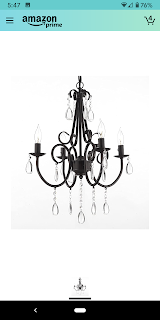 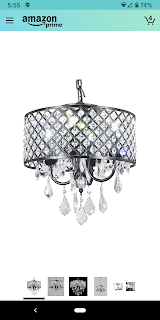 The fact that I'm still working on my DIY mason jar lamps sent me down a very deep and dark rabbit hole into upcycling my own chandelier... but I think I'll probably end up just buying something, haha. If we weren't still under a stay at home order (that was extended last week into early May), I might be tempted to swing by habitat for humanity and see if anything "spoke" to me and could be repurposed.... but I think at this rate I'll get impatient and order something online first. Obviously I probably won't be able to buy any of the supplies I don't already have until the state opens back up... bah. I can at least get started on the floor and the insulation with what I have here, and I honestly don't think the paneling will take that long (they're 4x8' sheets and I need 3 on the back wall, 3.5 on each side, and then I'll have to do some cutting for the front and the ceilings). 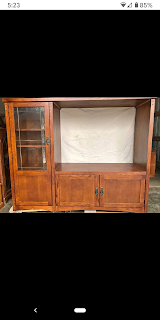 I'm also casually shopping FB marketplace for old entertainment centers - the I've seen those really big deep ones that used to hold the giant TVs of yesteryear repurposed into really cool tack organizers! I have several products still boxed up waiting to be used (saddle pad racks from Schneiders, helmet holders, etc), and I placed a large order for more organizational stuff from State Line and Amazon over the weekend (the organizational stuff can be my next post!). Weekend before last I scrounged up the supplies to revamp my trunk that holds all my bottles and meds.
OK that's the extent of my word vomit on my tack room renovation plans, since right now about all I can do is TALK about it, not much DOING happening until it's safe to shop again. What do you think? Have any input on lights? Do you think I'm completely insane to be considering a chandelier? (its okay to say yes, I know I'm crazy. Own your shit, that's my motto, lol). If you have your own tack room, what's your favorite feature? If you've dreamed about customizing your own tack room, what would you put in it, or what's on your must-have list when facility shopping? Feel free to share ideas, dreams, current obsessions, anything! I figure this is more productive than binging Tiger King again ;)
Posted by TrainwreckInTeal at 5:00 AM