Last Saturday, my GMO hosted a Ride-A-Test clinic with a new trainer that just moved to the area and took over the lease on a barn that has truly been a pillar of the local dressage community for many years. While I never rode with the previous trainer who owned the facility (who tragically passed away from cancer), I had ridden both Topaz and Ruby in a clinic there mannnnny years in the past, when I was just starting to dip my toe into dressage. Naturally, as it happens, that was also the first time I got publicly bucked off in front of a bunch of strangers, and it was a completely mortifying experience, lol. Topaz unceremoniously unloaded me five minutes in to my first ride, and I had to get back on for that clinic slot, and then wait a few hours for Ruby's ride (completely stiffening up in the time in between rides!) -- the poor clinician (a very kind but commanding German lady) asked me if Topaz was always like that, to which I replied in horror "no or I wouldn't take her out in public!" That ended up being the first sign of her ulcers which got our show season that spring off to a super rocky start, but after a weekend of scoring in the high 40s/low 50s in back to back tests each day at a show a few weeks after the clinic, I knew we had a serious problem and I reevaluated showing until we sorted it out. All of that happened pre-blog naturally, but people STILL walk up to me at random GMO events to talk about how aggressively Topaz bucked (it's been compared to auditions for the Spanish Riding School lol). Anyway, long story short to say I've been to this facility before, but it's been many years, so I was excited to go back!

The first clinic ride started at 8:30, and naturally my very foggy memory of how long it would take to drive to the facility was completely wrecked by the ongoing construction traffic that rerouted me through town, so I was a few minutes late. Luckily, the first rider and the trainer were still chatting when I sheepishly snuck through the door to set up my chair and pull out my camera! I'm a bit rusty at photographing events (Pony Cup for Jen notwithstanding), so it was super fun to dust my camera off and snap some shots. It was a really nice mix of local people working on their dressage and then some up and coming Pony Clubbers (ON ACTUAL ADORABLE PONIES, SQUEEEEE), and then the trainer put someone up on her GP horse and was giving her pointers, so very cool to watch! Each of the horse and rider pairs seemed to get a lot out of their lessons (no one actually rode a test that I saw, they just used the time as a private or semi-private lesson), and all the horses looked better at the end of their rides than at the beginning, and isn't that the purpose of dressage? :) all these photos are ones I shared in our public GMO group, so I hope you enjoy them as much as the local people seem to! 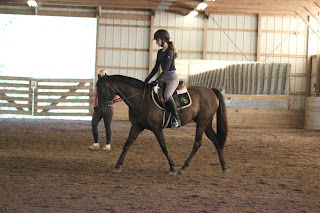 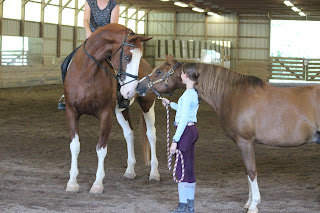 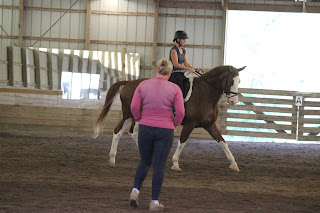 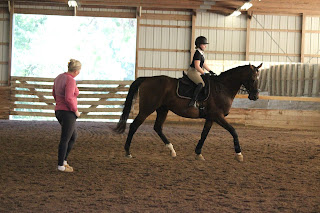 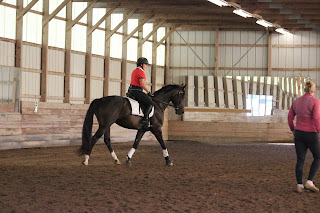 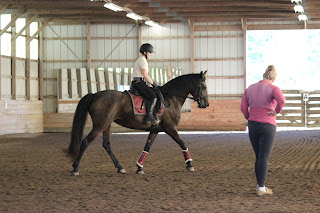 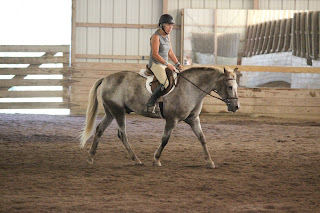 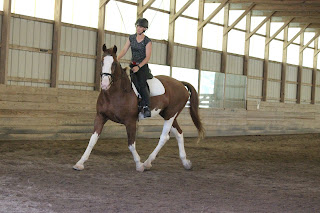 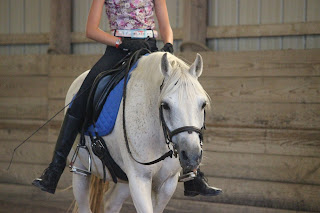 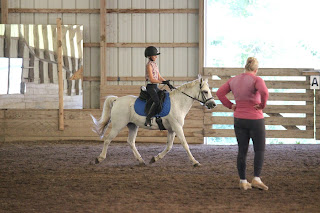 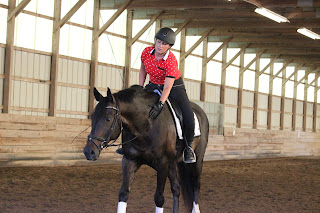 It was super nice to get a chance to spend the day just watching and photographing dressage rides, listening to dressage instruction, and chatting with lots of local friends who turned up to audit -- the audit fee was collected to set up a memorial for the previous owner of the facility, so that was a nice way to bring things full circle. Many of those auditing had been riding at or attending clinics at the facility for more than 30 years! I'm so glad the facility didn't end up torn down by developers, and that it's being leased by a dressage rider who is very interested in reviving more dressage options in the local community :)