April at the Arch: Post-Mortem

I was smart enough to schedule the Monday after the show to be a WFH day, and blessedly I had no meetings so I didn't even have to look like a human being 😂 I was still a little too overly emotional Monday to process the show, that came a little later in the week. With some time and perspective under my belt, I was able to watch the videos I had and match them up with the tests and see what the judges were talking about - I still think the feedback could have been more useful (first judge) or written in a more encouraging way (second judge), but it is what it is. I paid for that one person's opinion of the 5 minutes I showed them. It's definitely not their problem we weren't at our best. 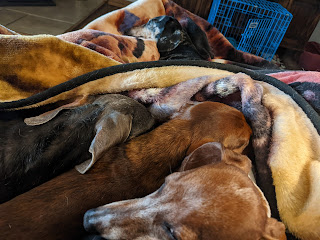 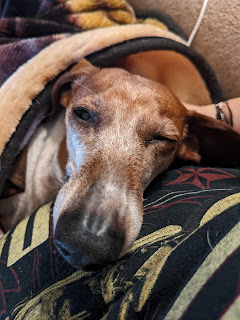 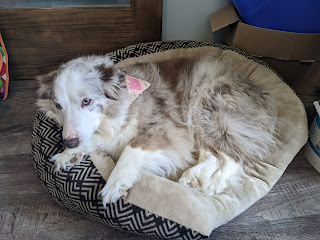 Things I want to buy before my next show: 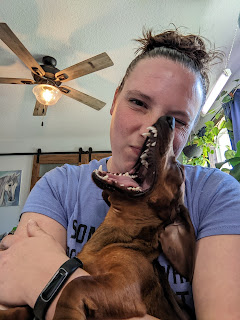 Overall, and setting aside my own personal disappointment in myself/how we scored, it was a successful weekend and I learned more about what Ruby and I need to be able to handle these shows. She was essentially the same horse she is at home, minus being a little bit more vocal, and I think that will decrease with time. She handled no turnout, being stalled next to a stallion, multiple new situations and new arenas without much issue (better than me obviously lol). This is with the caveat that we showed outside, so she still hasn't experienced the big indoors at the venue, so that's a bridge we may need to cross in the future 😬 it also gave TrainerB some insight into full-fledged neurotic horse show me, so I imagine she'll have a better idea of how to manage that next time lol (bless her).